China's decision to bump its vehicle purchase tax from 5% to 7.5%, rather than the historical 10%, could help soften the negative impact on sales. And let's hope the country's allegedly accusing GM of "monopolistic behavior" wasn't a political warning shot. 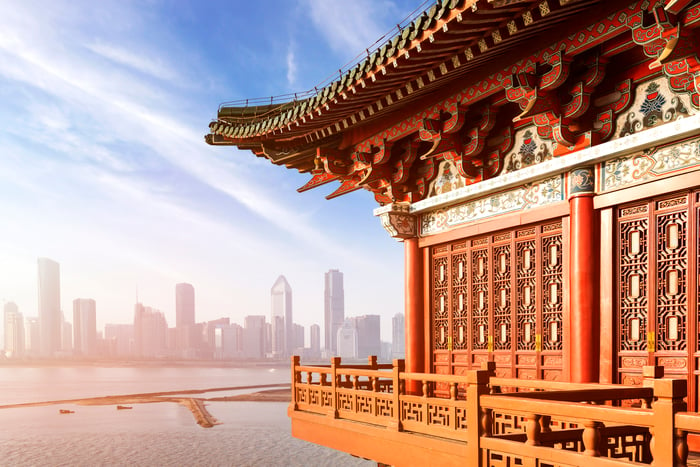 Investors merely have to glance at annual new-vehicle sales data in the U.S. and China to grasp the volume disparity between the world's two largest and most important automotive markets. This year the U.S. is likely to sell roughly 17.5 million units, one of the healthiest years in the industry's history. China has already sold 21.7 million passenger vehicles through the first 11 months of 2016, which is absurd, and the market hasn't even peaked. China is all but guaranteed to post its 26th year of annual gains.

For Detroit automakers Ford Motor Company (F 2.21%) and General Motors (GM 2.65%), which have long wanted a second region of substantial revenue and profit, China is easily the long-term answer. That's why watching the following two developments in the near term will be important; we can only hope neither turns into something more significant.

The first development to rear its head this week was China's purchase tax decision. To help spur sales as they hit a slump during the summer of 2015, China cut the purchase tax on a vehicle with a 1.6-liter engine or smaller in half, from 10% to 5%. The surge in demand was swift and lasted a full year, boosting 2016 sales 15% through November.

However, this short-term gain could sting in 2017 for a couple of reasons. First, it may have incentivized consumers who would have otherwise waited until 2017 to purchase a vehicle to instead purchase one in 2016 -- essentially pulling forward demand and sales. As the purchase tax cut was set to expire on Dec. 31, 2016, sales were likely to slump. Fortunately, China decided to find some middle ground. Rather than let the tax incentive immediately rise back to 10% or keep it at 5% (which is less sustainable over the long term), it will increase the purchase tax to 7.5% in 2017.

Additionally, 2016's surge in sales fueled by the tax incentive likely propped up less-profitable and less-efficient automakers in China that would have otherwise been acquired or allowed to go bankrupt. China had roughly 70 domestic light-duty automakers at the end of 2015, and that doesn't make the industry healthier or more profitable for the top players. If larger, more efficient automakers had instead acquired those companies and created synergies or cut costs, the industry as a whole would be more profitable and healthier.

China's passenger-car market, which accounts for the vast majority of total vehicles sold in the country, hasn't shrunk since 1990, according to Bloomberg. And according to estimates from Ka Leong Lo, a Hong Kong-based analyst at Kim Eng Securities whom Bloomberg interviewed, only bumping the purchase tax halfway to the regular amount (to 7.5%) could be just enough to extend the auto market's winning streak with a 2017 sales gain of 3%, even if that's well below this year's 15% acceleration.

China also plans to issue a penalty on General Motors' China operations for "monopolistic" behavior, according to Bloomberg, citing reports from China. More specifically, investigators believe an "unnamed" U.S. automaker, widely believed to be GM, had instructed distributors to fix prices since 2014, according to the China Daily, which quoted Zhang Handong, director of the National Development and Reform Commission's price supervision bureau. That seems absurd, considering the automotive industry is notorious for being one of the most competitive in the world -- and ultra-competitive industries and monopolistic behaviors seem to be mutually exclusive, by definition.

Perhaps it has something to do with the sensitive nature of China-U.S. relations at the moment. President-elect Donald Trump has recently questioned the U.S. policy of recognizing Taiwan as part of "One China." Then again, to be fair, it's also possible this penalty has nothing to do with Trump and his statements, and isn't actually a "warning shot" amid U.S.-China tensions. This isn't the first such incident: Daimler's Mercedes-Benz was fined $56 million in 2015 for similar monopolistic pricing practices; Volkswagen Group and Fiat Chrysler Automobiles have also faced this issue, in 2014.

Regardless, it's becoming critical for major automakers, along with many companies across many industries, to foster a strong relationship with China and its increasingly wealthy consumers. China is a huge and vital part of Ford's and General Motors' growth story as the U.S. new-vehicle market plateaus and the European market continues to trudge along with even more uncertainty following Brexit.

Investors would be wise to watch both developments in the near term -- and hope they remain only near-term hurdles. It would be beneficial to automakers' bottom lines if the sales tax rising only to 7.5% helped prevent a sales slump while also encouraging some level of industry consolidation to foster a more profitable market. Also, if politics doesn't place speed bumps in front of automakers' strategies in China, that would be a huge win at a time when the U.S. profit engine is slowing.