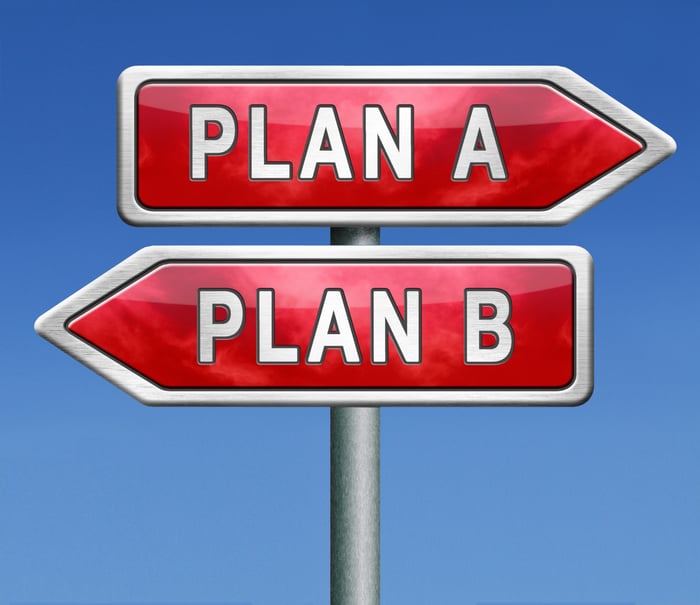 Agios Pharmaceuticals (NASDAQ:AGIO) is down almost 20% at 1:19 p.m. EST after the biotech issued an update on its pyruvate kinase-R (PKR) program yesterday after the bell.

When a company says it's "providing an update" in the headline of a press release, it's almost always a negative, and Agios Pharmaceuticals' update was no exception. Yesterday, the biotech told investors that it's dropping development of AG-519 after the Food and Drug Administration slapped a clinical hold on the PKR activator.

AG-519 was in a phase 1 clinical trial testing for safety, tolerability, and bioavailability, among other things, in healthy volunteers when one of them got drug-induced cholestatic hepatitis, a liver issue, which was disclosed earlier this month. There was also one case of thrombocytopenia, or low blood platelets, in patients taking AG-519, but it looks like the liver toxicity was the drug's ultimate downfall.

Usually stopping development of a phase 1 drug doesn't induce a double-digit decline in a biotech's stock price. It's the stage where most drugs fail, so investors shouldn't have assigned much, if any, value to the drug.

But AG-519 was a backup to AG-348, another PKR activator, which has had mixed results. As the phase 2 clinical trial for AG-348 has progressed, the drug hasn't looked as good with the response rate of 58% for the 26 pyruvate kinase (PK) deficiency patients with some functional protein compared to the previous response rate of 68% for the first 19 patients with some functional protein enrolled in the trial. There have also been some reports of changes in sex hormones in patients taking AG-348.

Agios Pharmaceuticals plans to talk with regulators about the requirements for a pivotal trial required to gain marketing approval for AG-348. The company is planning on seeking approval to treat adults with PK deficiency, which will allow Agios to avoid complications with changing sex hormones in children who haven't undergone puberty yet.

Given the lack of available treatments, helping 58% of patients should be enough to gain approval as long as the pivotal trial for AG-348 can corroborate the efficacy doesn't reveal any new side effects.