Although the media has focused on Dodd-Frank and the Patient Protection and Affordable Care Act (aka, Obamacare) as the biggest regulatory rules enacted under President Barack Obama's administration, perhaps the Federal Communications Commission, or FCC, has been the most aggressive agency in terms of its regulatory relationship with the industry it oversees.

Before Chairman Tom Wheeler, the FCC was known as a textbook case of regulatory capture with a virtual revolving door of lobbyists and industry titans filling its ranks. Wheeler was considered no different: As the former head of both the National Cable and Telecommunications Association (NTCA) and Cellular Telecommunications and Internet Association, it was widely expected that Wheeler would continue to represent industry interests and apply light-touch regulation. 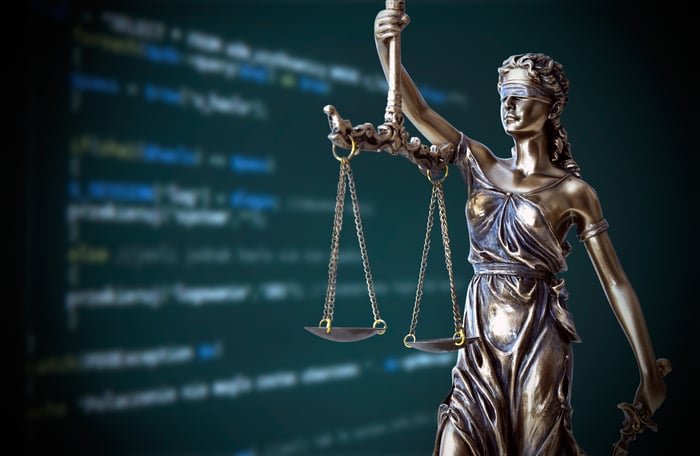 Instead, Wheeler's FCC has been extremely pro-consumer, to the consternation of the industry. The news that Wheeler is now departing his position could mean a reversal of his pro-consumer legacy and, most notably, his signature net neutrality ruling.

Net neutrality will most likely be reversed

In 2015, Wheeler's FCC cemented its pro-consumer legacy. By classifying Internet-service providers (ISPs) as "common carriers," the legislative rule-making body essentially guaranteed net neutrality by ensuring ISPs act as a neutral gateway to the Internet and banning ISPs from speeding up or slowing down legal content passing through their networks.

While consumer advocates, digital publishers, and streaming video providers like Netflix were elated with the decision, network providers like Verizon (NYSE:VZ), AT&T (NYSE:T), and Comcast were enraged with the FCC's Title II designation. Quickly after the ruling, the NTCA (yes, the same organization once led by Chairman Wheeler) and the American Cable Association quickly moved to sue the FCC. AT&T filed a separate lawsuit quickly thereafter. In June, the D.C. Court of Appeals sided with the FCC and upheld their common carrier status.

However, as is customary when a new party wins an election, Wheeler has agreed to step down as FCC chairman on Jan. 20, when Donald Trump is inaugurated. The newly appointed FCC head will most likely be a net-neutrality foe and, along with the new republican FCC majority, will quickly chip away at earlier pro-net neutrality rulings. Net neutrality has become a partisan lawmaker issue, with Democrats in near-unanimous support with Republicans referring to the ruling as "Obamacare of the Internet." Recode succinctly described Wheeler's departure as the "death knell" for net neutrality.

The key point of net neutrality is one of access. Now, websites are delivered with the same speed, in the event net neutrality is repealed, proponents fear a two-tiered Internet delivery experience, where big companies like Facebook and Alphabet's Google could pay for faster delivery speeds, and smaller websites and digital publishers are banished to a slow lane that will choke off their traffic. A good analogy would be a high-speed toll lane versus a traffic-filled highway. The losers would be smaller publishers, bloggers, and the exchange of free information.

The obvious winners of a repeal of net neutrality would be the ISPs themselves. The ability to charge sites more for using their network is another monetization method to boost top-line results. However, ISPs could still benefit from net neutrality's demise without charging websites for faster delivery. For example, Verizon could be well positioned since it has doubled down on a digital-strategy by purchasing AOL (and its host of digital properties like Engadget, The Huffington Post, and TechCrunch ) and is in the process of buying Yahoo!. Delivering these websites faster while slowing down others should boost the company's bottom line by making these sites more attractive to users...and by extension, marketers.

To be fair, some consumers could be beneficiaries of net neutrality laws as well. As wireless service has become a quite-competitive space, carriers have resorted to creative ways to differentiate themselves and to promote higher-margin products. For example, AT&T has announced that streaming on its DirecTV Now products does not count against wireless data cap limits. Verizon offers the same deal for its NFL Mobile and Go90 streaming-video app.

The FCC had argued these data-free cutouts, also known as zero-metering, were violations of net neutrality since they amounted to unfair treatment of competing services. Consumers may ultimately receive cheaper internet, but at the expense of a more-limited user experience dictated by consumer interest. One thing is for sure: ISPs are elated about Wheeler's pending departure -- whether consumers should be is decidedly less clear.

Net Neutrality Is Dead. Here's Who Will Profit From Its Demise @themotleyfool #stocks $T $VZ Next Article
Current