Buying and holding dividend stocks over the long term has been shown to be a great way to build wealth over time. To be successful with this investing style, though, you need to pick strong companies that have the ability to maintain and/or grow their payments over the long haul. In many cases, investors can fall into yield traps or turnaround stories, but those don't always work out.

That's why if you are looking for dividend investments today, you should probably shy away from GNC Holdings (NYSE:GNC) and FerrellGas Partners (NYSE:FGP). Instead, one company worth looking at is Enterprise Products Partners (NYSE:EPD). Here's a quick look at why GNC Holdings and FerrellGas Partners are not the dividend stocks you are looking for, and why Enterprise Products Partners is a go-to investment today.

If you look only at the numbers for GNC Holdings, investors might be tempted to buy this stock as a turnaround story. Despite sales falling rather hard this past year, the company still generates profits with a net income margin of 7.4% over the past 12 months. There is also the fact that the company is still generating free cash flow that more than supports its current dividend. On top of that, the company's stock is trading at a bargain basement price of 5.8 times earnings, and it has bought back 18% of shares outstanding over the past four quarters.

All of that sounds tempting, but the are some deeper issues that suggest a turnaround isn't just around the corner. One thing that is extremely hard for any company to recover from is damage to its brand, and GNC's brand has been tarnished as of late, as it is facing class action lawsuits about some of the ingredients found in its supplements. If that wasn't enough, the company was suffering from a pricing model that had lots of discrepancies between its in-store and online prices. These kinds of things don't inspire a lot of brand loyalty, and it could take a long time -- and potentially capital spending -- to repair that damage.

With these issues in tow, it's not too much of a stretch to see the company's financials deteriorating even further. Management has already suspended its share repurchase program, as it has fueled most of those purchases with debt, and its balance sheet is looking bloated as a result. If we don't see a quick turnaround -- and few signs point to that happening yet -- then GNC Holdings' dividend could likely get the axe until the company can get back on track.

Unless winter is coming, things could get worse

These past few months have been some of the most troubling times for anyone invested in FerrellGas Partners. In a matter of three months, its stock price has tumbled so much that it has wiped out any gains investors made over the past dozen years on a total return basis. 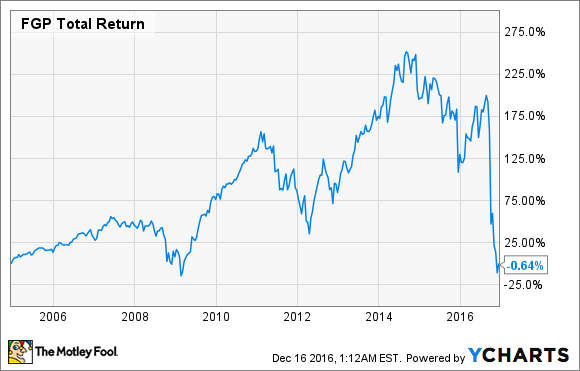 I can understand the argument that the damage here is done: Management has written down almost all of the ill-advised acquisitions it made over the past year; the CEO who made those deals has been replaced by former CEO James Ferrell; and the company has cut its distribution by 80% to free up cash and repair its balance sheet. So one could argue that things can only get better from here.

But here is the one thing that argument doesn't account for: The propane and heating fuel business is notoriously seasonal and highly dependent on cold weather in the winter months. In fact, you could argue that the company wouldn't be in this position if last winter hadn't been one of the warmest on record by a long shot.

So here is the dilemma facing investors today. FerrellGas Partners has made a lot of moves that should help it get its balance sheet back in check. As a result of those moves, its creditors have granted a waiver on its debt covenants to get things back in order. If we have another tough winter, and it isn't able to get its finances back on track at a pace with which its creditors are happy, then those same creditors may be a little less forgiving.

Until we see how this winter goes, it's probably best to avoid FerrellGas Partners for now.

The energy market has been on a tear as of late, thanks to an injection of optimism from the recent OPEC production cut announcements and the perceived benefits of having Donald Trump setting policy and regulations for the industry. One company that has been auspiciously left behind in this rally has been Enterprise Products Partners, as its stock has gained a mere 1% year to date. What is strange about this is that Enterprise has remained one of the healthiest companies in the oil and gas logistics and processing business, and it has a financial foundation on which to grow that most of its peers should envy. 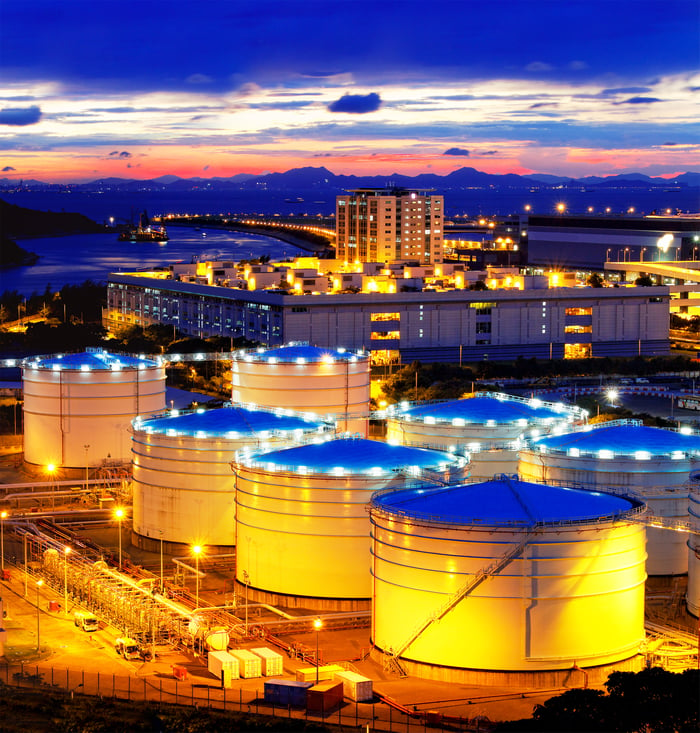 Perhaps one of the biggest fears for investors looking at this particular industry is the way in which it grows. Oil and gas pipelines and processing facilities take a lot of capital at the onset for construction, and the annual cash flows from these assets are modest, but they last a very long time and require little in terms of maintenance capital. Therefore, the industry relies heavily on debt to finance projects.

As interest rates rise, the economics of these projects could become unattractive and growth could become constrained. That would lead to less attractive payouts. But this is where Enterprise has a big advantage over some of its peers. The company has consistently maintained a more conservative balance sheet; it maintains a large cushion between the amount of cash coming in from operations and what is paid out to shareholders; and it has an investment-grade credit rating. So not only is the company less reliant on the debt market for growth, but its stronger financials make it less sensitive to rising interest rates. 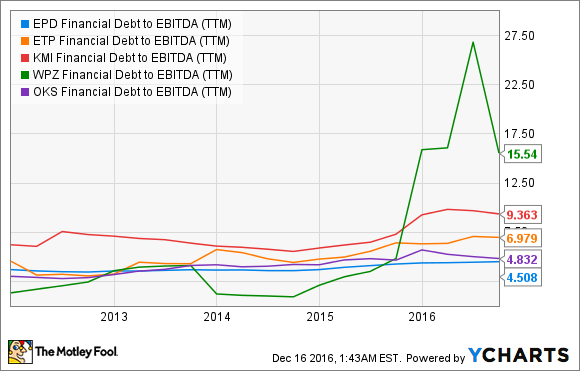 From an investor perspective, it also helps that the company has an 18-year history of raising dividends. Also, for 48 consecutive quarters, it has raised its payout by more than 5% on a year-over-year basis. Perhaps investors don't see as much upside in Enterprise's stock today compared to some of its less well-off peers. With a 6.2% distribution yield, its reputation for prudent financial management, and its growth prospects, though, Enterprise looks as good of a buy as any in the energy market today.