A recent investor presentation from Duluth Holdings (NASDAQ:DLTH) contained some great news for shareholders. The fast-growing retailer of rugged clothing and solution-based workwear is about to crank up its expansion efforts in a big way. Building from its current base of 16 retail stores, the company says it has now identified 100 desirable locations across the country and will be ramping up its pace of new store openings.

While Duluth stock has fallen precipitously in December, ever since the company cut its fourth quarter and full-year 2016 guidance, it's clear that this evolving company still has a long runway of growth ahead. 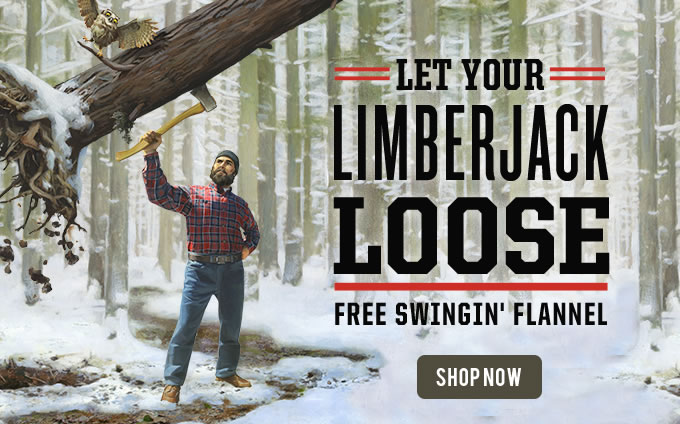 Duluth got its start by selling its clothing and gear in catalogs and through its website. In the third quarter of 2016, these direct channels still accounted for 78% of the company's total sales, with retail stores contributing the other 22%. But as Duluth expands, its retail component is becoming increasingly important -- especially to growth. The company notes that 80% to 85% of all apparel in the U.S. is purchased at brick-and-mortar stores, and that looks to be where Duluth is investing for the future. So far, that move seems smart. Retail sales grew 68% year-over-year in the third quarter, while direct sales grew a mere 12%.

Because Duluth has been selling its products directly to consumers for years, it already has a pretty good idea where its best customers are located across the U.S. In fact, its top three markets by sales -- California, Texas, and New York -- are locations where it doesn't have a retail presence yet. The company uses current customer data from its direct segment to help identify regions that will give new stores the best chance for success.

For a company still growing its direct sales, there is a concern that retail expansion will cannibalize online and catalog sales in corresponding markets. These fears appear unfounded, however, as Duluth's numbers show that in markets where its stores have been open at least one year, the direct side of the business continues to grow at normal rates. Even in a market where Duluth is a well-known brand, incremental retail sales can provide a huge boost to the top line. In fact, Duluth points out that it tripled its total sales volumes in the Minneapolis-St. Paul market since opening two suburban locations there.

As mentioned, Duluth has a mere 16 stores at the moment, with another 100 U.S. locations identified that offer the right combination of population density and desirable customer demographics. The company's flexible store strategy can accommodate a mix of new builds, renovations of existing spaces, and what it calls "iconic restorations". Thankfully for investors, regardless of store type, Duluth's model for new stores going forward will be economically attractive:

The company's expansion efforts in 2017 will focus on the eastern half of the U.S., with openings already planned for Massachusetts, Indiana, Ohio, Pennsylvania, Michigan, and Rhode Island. Duluth says it will open eight to 10 stores in 2017 and anticipates "accelerating the rate of new store openings over the coming years".

While the company is not revealing details on the number of stores beyond next year, its stated strategy is to phase future openings in "geographic clusters". Its 2018 plans call for store openings in Texas, Colorado, Washington, and Oregon. And in 2019, consumers should start seeing the first Duluth stores in California and Florida. If the company can execute successfully, in just three years, Duluth will be well on its way to being a national brand with a coast-to-coast retail presence.

How long before Duluth gets to 100 stores?

That's the million-dollar question for investors. But it's important to note that Duluth has identified 100 potential locations for expansion and has not explicitly stated how soon -- or even whether it intends to reach that number.

If Duluth opens nine stores (the midpoint of its estimate) next year, it will end 2017 with 25 stores. Assuming future annual store growth of 20% to 25%, Duluth would open its 100th location between 2024 and 2025. More aggressive annual store growth of 30% to 40% would allow Duluth to reach the 100-store milestone about two years sooner. Realistic? Impossible? Only time will tell.

The company has set a long-term target for its retail operations to contribute 30% to 35% of total net sales. Duluth also has an annual net sales growth target of 20% for the foreseeable future. If it can achieve these numbers, by the end of 2020, the company's total net sales should be in the neighborhood of $750 million with its retail stores accounting for between roughly $225 million to $265 million of that. Given that Duluth's total net sales for fiscal 2015 were $304 million, as long as the company can deliver on its projections over the next few years, investors should have a lot to look forward to.