We Fools believe that the best way to build wealth is to buy high-quality stocks and hold them for extended periods of time. The trick to making this work is to only buy companies that are capable of growing their revenue and earnings for years on end. That's why when I find a company that I believe fits that description, I tend to hang on to it through thick and thin. Below is a list of three companies -- The Priceline Group (NASDAQ:BKNG), Mercadolibre (NASDAQ:MELI), and Proto Labs (NYSE:PRLB) -- that I believe are ideal "keep forever" investments.

The shift toward online travel has been gaining steam for years, which has greatly benefited companies like the Priceline Group. This company owns a collection of top-notch travel sites that have combined to propel the company's revenue and earnings higher for years. U.S. based travelers are likely familiar with sites like  kayak.com, rentalcars.com, or priceline.com, but the company's real cash cow is booking.com. This brand dominates in Europe in large part because it boasts the largest network of hotels in the region.

While the Priceline Group has been growing like gangbusters for years, I still think that there is plenty of room left for future expansion. Millions of consumer still use travel agents around the world to book their vacations, but since there are huge cost savings that come from booking online, I think that online travel agents will continue to steal market share. In addition, demand for travel in emerging markets should continue to increase over time as consumers grow wealthier, which is a great tailwind for the entire industry.

Priceline commands a leadership position in a market that is primed for more growth in the decades ahead. That's why I continue to believe that this stock is a terrific buy and hold candidate.

MercadoLibre is regularly referred to as the "eBay of Latin America," and it is not hard to understand why. The company connects buyers and sellers through an online platform, and the company commands a leading market share in most of the 19 countries that it operates. However, while eBay is largely a mature business, MercardoLibre is still firmly in hyper-growth mode. I think that should hold true for many years to come thanks to a combination of factors.

First, internet penetration rates in Latin America are still quite low when compared to developed countries, like the U.S. As internet access increases, so should the number of consumers who use the company's platform. Second, only 2% of retail spending in Latin America happens online. That figure is closer to 9% in the U.S., which is another gap that should close over time. Finally, consumer spending in the region should continue to rise as overall GDP growth continues to push higher. 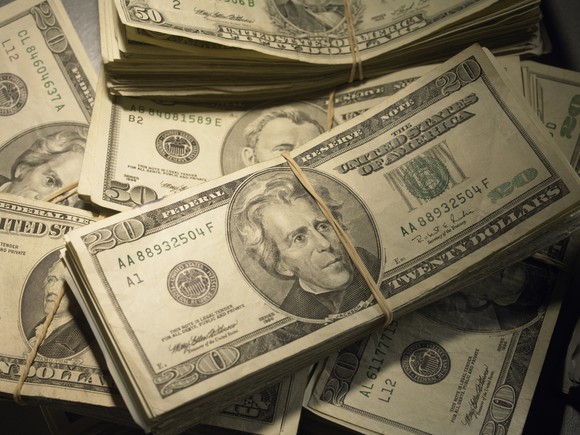 When added together, these trends should keep MercardoLibre's top line growing at a furious rate for years to come. That makes this a terrific stock for growth-focused investors to get to know.

3D printing as a service

The last few years haven't been kind to 3D printing investors, and it is not hard to understand why. Like the dot com bubble of the late 90's, most 3D printing stocks became vastly over-hyped in late 2013. These stocks have been in free fall ever since, which has weighed heavily on shares of Proto Labs, even though it stands apart from other 3D printing companies.

What makes Proto Labs unique is that it doesn't manufacture the 3D printers themselves. Instead, the company caters to developers who are in the prototyping process with a new product. Proto Labs has created proprietary software that allows developers to order custom parts in a flash. Once an order is placed, the company uses specialized machines and 3D printers to turn the designs into real parts in little as one day. That's far faster than the traditional process, which gives Proto Labs a huge edge over rivals.

Proto Labs' unique offering has attracted a big following that continues to grow at a rapid pace. As of the third quarter, the company counted more than 14,271 unique product developers and engineers on platform, which is up 14% over the year-ago period. This number should continue to tick higher in the coming years as more developers learn about Proto Labs' services. That provides Proto Labs with a huge opportunity to grow its revenue and profits for decades to come, making this a stock that I plan to hold on to for the ultra long term.