Facebook (NASDAQ:FB) has been a winner for investors, steadily moving higher since the social media network went public in 2012. The stock is up about 450% overall, and it's more than doubled over the past three years.

But Facebook is facing some problems: a data privacy scandal that's still unfolding, leading to investigations from the FTC and SEC; evidence that teens have little interest in using Facebook; and a valuation that bakes in some optimistic assumptions about growth and profitability.

If you want to invest in a stock that could outperform Facebook in the coming years, three of our Fool.com contributors have some ideas. Here's why you should take a look at Proto Labs (NYSE:PRLB), Walmart (NYSE:WMT), and Axon Enterprise (NASDAQ:AXON). 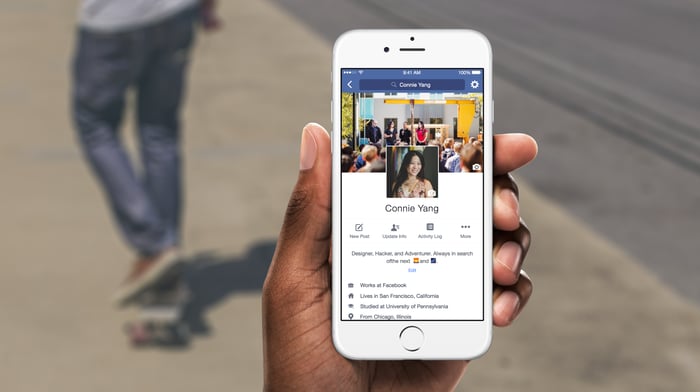 A new kind of manufacturing company

Travis Hoium (Proto Labs): It's no small feat to upend the manufacturing industry, but that's exactly what Proto Labs is doing. The company is making it easier to develop products with rapid prototyping tools like 3D printing, CNC machining, and small-batch injection molding. These are valuable tools as product development cycles get shorter and companies need on-demand services to quickly expand production, test materials, and offer customization, all more quickly than traditional manufacturing methods. 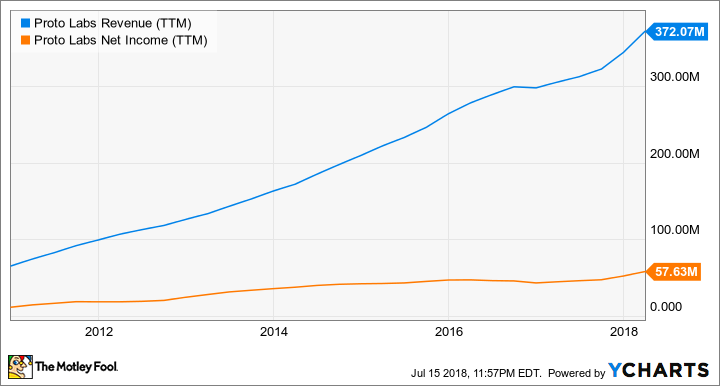 The financial growth Proto Labs has shown from its rapid prototyping model speaks for itself. Over the last decade, both revenue and net income are up over 400% and show no sign of slowing down. The company continues to add both manufacturing facilities and capabilities for rapid prototyping that make it more useful to designers. It's also technology agnostic, adding and subtracting technology and tooling as necessary, rather than betting its future on one technology that may go out of favor.

Where I think Proto Labs has a durable advantage over the competition is as a preferred supplier to the key decision makers in the design process. It's not trying to sell 3D printers to consumers or schools, a mistake 3D printer manufacturers made. Instead, Proto Labs is working directly with the designers building parts and making manufacturing decisions. If the company is able to please those customers, it'll be able to build on its already solid foundation and generate outstanding returns for investors in the long term.

Tim Green (Walmart): With Facebook valued at around $600 billion and facing investigations into its lax data security, I don't think it's a stretch to say that the stock may be in for a rough ride. Walmart, the megaretailer that's reinventing itself for the age of e-commerce, could end up producing better returns for investors.

You may not consider Walmart to be a growth stock, but I think that's a mistake. Comparable-store sales have been steadily growing for years, at a time when the retail industry is going through a reckoning. Walmart's online business is also booming, with the company expecting around 40% growth this year. Online grocery as well as free two-day shipping are helping to drive customers to the retail chain.

Because Walmart is so big, even modest growth translates into big increases in sales. With about $500 billion of annual revenue, each percentage point of growth leads to $5 billion of additional revenue. The bottom line is taking a hit as the company invests in e-commerce, but the end result will be an even bigger retailer with a solid foothold in online retail.

If you think Amazon is going to dominate online retail indefinitely, I think you're in for a surprise. Walmart should not be counted out. If the company can keep growing its e-commerce sales at a brisk pace while maintaining the solid performance of its stores, the stock could be a winner over the next few years.

Jeremy Bowman (Axon Enterprise): Facebook has become one of the biggest companies in the world thanks to its dominance of social media, the power of network effects, and platforms like Instagram and WhatsApp, which create a multiplier effect.

Axon Enterprise, the company formerly known as TASER International and maker of the eponymous stun gun, has many similar qualities in its industry, security and law enforcement.

Like Facebook, Axon is the market leader in its own niche of conducted electrical weapons (better known as Tasers). However, that's not the company's only business, as it's also the leader body cameras, which are growing more popular amid controversy over police shootings and violence. It also has its own cloud-based digital evidence management software, Evidence.com. Those three business components support and reinforce each other to create a tight web of network effects, as the information from body cameras, in-car video, and audio recordings can easily be uploaded onto the Evidence.com database.

That combination of businesses has delivered solid growth for Axon. Revenue increased 28% in its most recent quarter to $101 million, and its operating margin nearly doubled from 6.8% a year ago to 13.4%. That margin expansion is due to its software and sensors segment, and should continue, as Evidence.com is a subscription-based business, a model that naturally expands as it draws more users. As a result, adjusted earnings per share in the quarter more than doubled from $0.14 to $0.32.

Thanks to a surge after both of its earnings reports this year, Axon shares are up a whopping 160% so far in 2018, but with a potent combination of businesses and the increasing need for security and evidence management, this stock could just be getting started.