Smith & Wesson Holding Corp. (NASDAQ:SWBI) will soon rebrand itself as American Outdoor Brands, a name change that reflects the gunsmith's shift in focus to the broader and much larger rugged outdoors market. Smith & Wesson remains the No. 1 firearms brand in the U.S., and its outdoors and accessories business currently is just a very small component of its operations, but the following five charts can help investors understand why the gunslinger is branching out.

Guns are as popular as they've ever been, which is why Smith & Wesson Holding sees this as a perfect time to downplay the business. Image source: M&R Glasgow, via Flickr.

Armed to the teeth

The number of people buying guns is growing by leaps and bounds too. The FBI reports the number of gun-buyer investigations it's conducted has grown over the past 20 years from around 10 million to almost 25 million today. The National Shooting Sports Foundation, however, adjusts those numbers to reflect agencies investigating individuals for concealed-carry applications, as well as those that actively check all their concealed-carry permit holder databases. While that reduces the numbers and more closely reflects actual sales, it still shows a steady rise in gun sales: 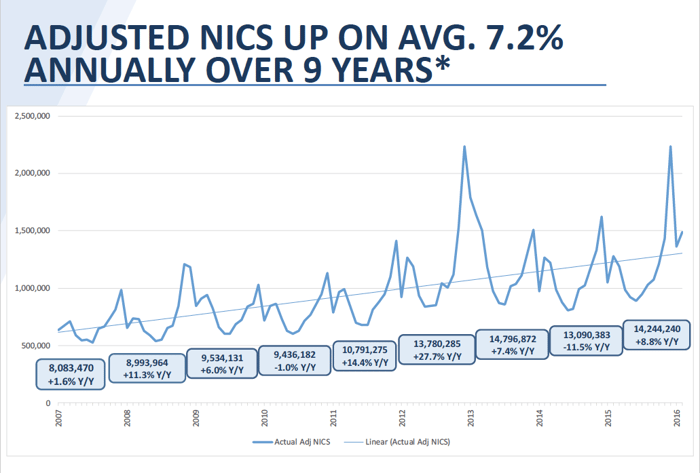 That has translated into very good numbers these past few years for Smith & Wesson, which has posted significantly higher gun sales and profits. Over the past decade, firearms sales have soared, growing from $221 million in 2007 to $387 million in just the first six months of its current fiscal year. Full-year revenues from all sources are expected to grow 29% to $930 million: 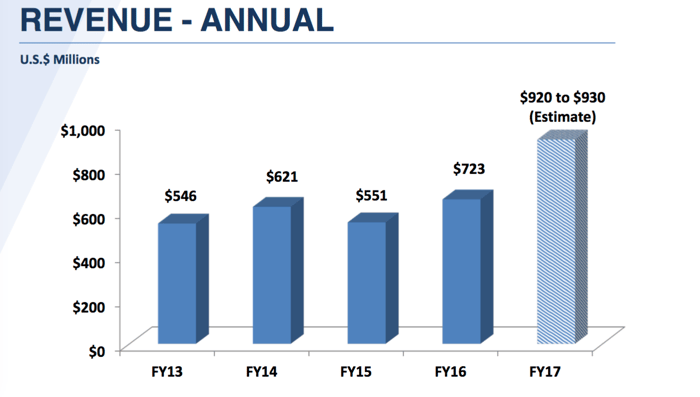 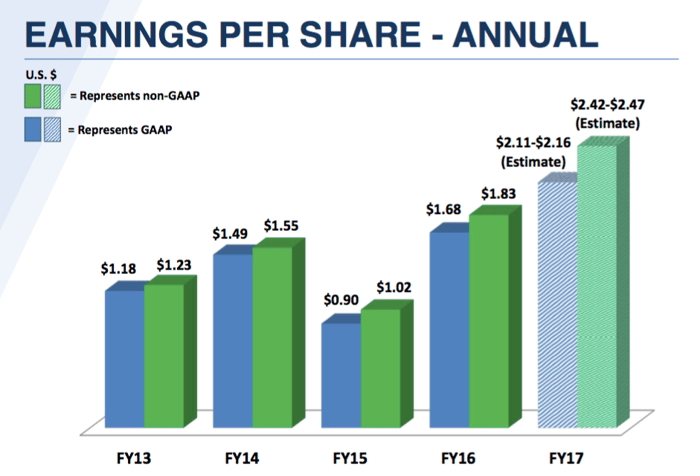 Smith & Wesson has been able to consistently produce substantial amounts of free cash flow over the years, coming in at $168 million in 2016, some 86% higher than just two years prior. Although its capital expenditures may rise and fall over time, the gunslinger's free cash flow, the cash left over after paying for investments in the business, has risen consistently as well: 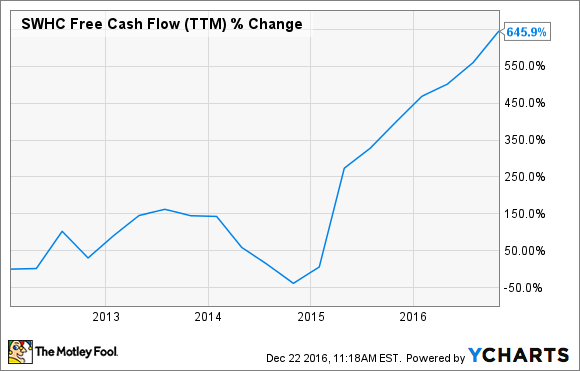 All of this sounds like a case for Smith & Wesson to, well, stick to its guns and continue pursuing a firearms-centric business. The gunmaker still plans to be the premier American firearms company -- and will continue to market and sell its guns under the Smith & Wesson brand. However, gun sales can run hot and cold and though the industry may be less subject to panic buying today than it has been in the past, that also means sales will likely normalize, diminishing the torrid rate of growth the company has seen recently. The following chart shows some of the newly acquired brands to help diversify the business away from firearms. 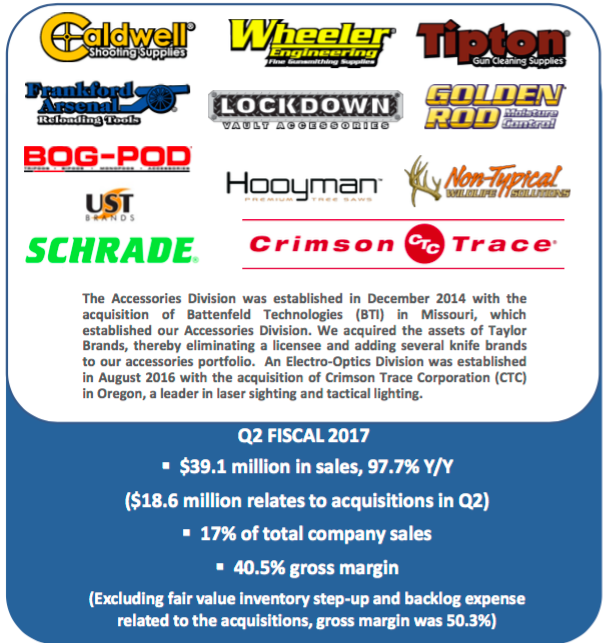 At an estimated $60 billion, the rugged outdoors market Smith & Wesson is buying its way into is four times larger than the firearms market, and subject to much less volatility. Boom times such as Smith & Wesson is currently experiencing is certainly enjoyable, but the bust that inevitably follows is not.

A diversification into a separate (though supportive) industry will smooth out those hills and valleys, and make the company's revenue streams more reliable. There are undoubtedly risks inherent in the plan, but it's understandable and commendable that Smith & Wesson has such a long-term outlook.