Three companies stand out in my household's portfolio. They're not only our largest individual stock positions (excluding my employer's stock), but they're companies that we feel so confident about that we added to our positions in 2016. Those companies are Kinder Morgan (NYSE:KMI), Prudential Financial (NYSE:PRU), and Kroger (NYSE:KR).

They're three very different companies in very different industries, but each of them has a lot to offer as an investment. Between their decent balance sheets, reasonable valuations, shareholder-friendly dividend histories, and operational strengths, they've earned their oversized slots in our portfolio. 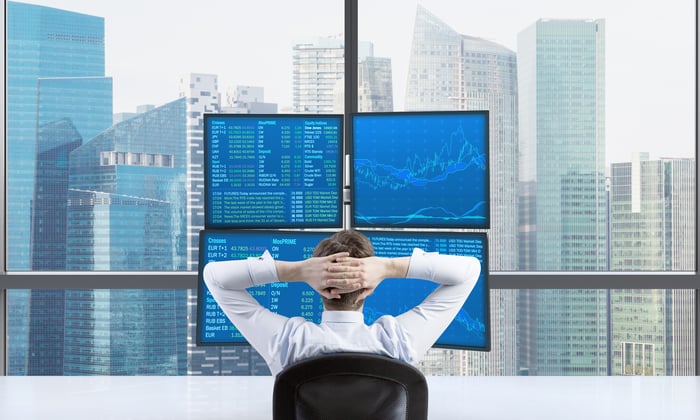 Kinder Morgan: The pipeline that delivers

Kinder Morgan is one of the largest energy infrastructure companies in North America, delivering much of the oil, gasoline, and natural gas that people and businesses use every day. It was the subject of my first ever Fool.com article way back in 2003, and I first bought a small part of its business shortly thereafter.

Over the years that modest position became a substantial one, largely due to the equivalent of reinvesting increasing dividends (the shares of Kinder Morgan Management, which was bought out by affiliated company Kinder Morgan Inc., paid their dividends instead in stock instead of cash). In late 2015, however, Kinder Morgan's shares tumbled as the company was forced to cut its dividend to maintain its investment-grade bond rating. Despite that short term tumble, Kinder Morgan remains a fundamentally strong business in an exceptionally important industry. As a result, I took advantage of its weakness to substantially increase my stake in the company in 2016.

While it will likely be 2018 before Kinder Morgan resumes increasing its dividends, the company has a stronger balance sheet today than it did before its stumble. In addition, it trades at less than 11 times its expected distributable cash flows, a reasonable price for a titan returning to a growth trajectory. While it's not priced at the same discount it was in late 2015, its shares still look like a worthwhile long-term investment, and I plan to keep them as a major holding in our household portfolio.

Prudential Financial: Still a "piece of the rock" worth owning

Prudential Financial is one of the newest holdings in our portfolio. I purchased my first shares in the company after researching it for a Fool.com article in June 2016, and increased my shares in August after the insurance titan announced disappointing earnings.

Despite the earnings miss, the company remains profitable, and its shares are selling for less than book value. Despite the recent rise, they're still available for about 10 times expected earnings. In addition, with a debt to equity ratio of around 0.6, its balance sheet is still reminiscent of the old "Get a piece of the rock" commercials that it used to run that touted its financial strength.

Prudential also has a solid dividend history of fairly regular increases since it demutualized. Its dividend currently sits at $0.70 per share, where it has sat for five consecutive quarters. That's the longest it has gone without a dividend increase since it shifted to quarterly payments in 2013, but with a payout ratio of around 26% of earnings, it certainly has room to resume increasing its dividends.

Prudential was a reasonably sized position for us when we first bought it, it became a large holding after we bought more in August, and its recent stock price run-up catapulted it into our top three holdings. Because the insurance industry is something of a feast-or-famine business in which competitive pressures can squeeze margins in a heartbeat, Prudential may not remain one of our largest holdings forever.

Key cues that would get us to consider shrinking our stake are if its shares rise much past their book value, if its dividends stagnate with no good explanation, or if it loses its rock-like financial strength.

Our investment journey with Kroger started after Kroger took over what was once a struggling Thriftway grocery store near our former home. That Thriftway shut down around the time its parent company Winn-Dixie filed for bankruptcy. When Kroger rebuilt and reopened that store, the difference was dramatic and immediate. What had been a ghost town quickly became a thriving retail location, driven by Kroger's higher-quality selection, cleaner store, solid service, and reasonable prices.

As the largest traditional grocery store in the United States  -- and one of the world's largest retailers overall -- Kroger benefits from the economies of scale and buying power available only to big players. By using that scale to invest in providing services and a quality shopping experience, it differentiates itself from its price-only-focused competition.

Despite the competition from both brick-and-mortar and online competitors, Kroger has delivered 12 consecutive years of same-store sales growth -- a remarkable record, given who it's up against. Clearly, Kroger has mastered the balancing act of prices, quality, and service needed to thrive in an exceptionally competitive marketplace.

That point of Kroger's exceptional positioning was driven home last year when we moved outside of Kroger's service area and realized what a gem of a supermarket we had given up by moving. Indeed, after reviewing her position earlier in 2016, my wife decided to increase her stake, in part because of how much we missed the Kroger shopping experience.

Kroger trades at a decent valuation under 16 times its expected forward earnings, has a reasonable debt-to-equity ratio of about 2.1, and pays out less than 21% of its earnings as dividends. It has increased its dividend annually since it began paying them in 2006. While its shares don't currently represent quite the bargain they did when she upped her position, it still looks worthy of its position in our top three holdings.

Kinder Morgan, Prudential Financial, and Kroger earned their places among our top portfolio holdings because of their solid balance sheets, strong shareholder focus, and excellent operating discipline. As long as they maintain those key characteristics and their shares remain reasonably priced, I'm happy to let them remain there.

Still, nothing lasts forever, and if those companies show signs of losing their competitive edges, or if their shares skyrocket to the point where they look grossly overvalued, we'll sell. Investing in individual stocks -- even when dealing with great companies -- requires the investor to keep an eye on those holdings. When the investments are in strong companies like these, however, those sales can be few and far between.