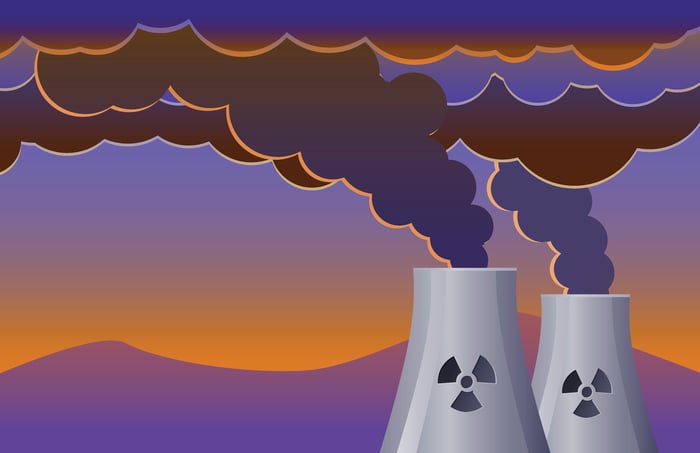 Shares of Japanese industrial giant Toshiba Corp. (OTC:TOSBF) plunged as much as 25% in early Wednesday trading, before settling down to an 18% loss as of 1:45 p.m. EST.

The losses stem from a somewhat shocking announcement Toshiba made last night, in which it revealed that its Westinghouse subsidiary's purchase of CB&I's (NYSE:CBI) Stone & Webster nuclear construction business is not working out at all as planned.

In the deal, announced on Oct. 27, 2015, and closed in December of that year, Toshiba was believed to have paid only $229 million for the CB&I subsidiary, of which $87 million was "goodwill" that might later have to be written off. CB&I itself took more than $1 billion in charges as a result of the transaction, but it now turns out that Toshiba was the real loser here.

According to Toshiba's press release, there's at least a "possibility" that, due to contracts undertaken as part of the acquisition, the transaction has included goodwill valued at "several 100 billion yen or several billion US dollars," and that "all or part" of this goodwill will have to be written off.

This already sounds bad enough, but on top of the above news, Toshiba has noted that its just-released financial guidance for fiscal 2016 did not account for the goodwill impairment. Toshiba says it is "required to determine the value of the possible Westinghouse loss and its impact on its financials." Translation: Toshiba is pulling its guidance and won't issue new, reliable financial guidance for the coming year until "after determining the impact" of the goodwill writedowns.

No wonder investors are spooked.