In his 2015 shareholder letter, Berkshire Hathaway Inc. (NYSE:BRK.A)(NYSE:BRK.B) CEO Warren Buffett warned that "[i]t's a good bet that [insurance] industry results over the next ten years will fall short of those recorded in the past decade, particularly for those companies that specialize in reinsurance." But that won't stop Berkshire from running a highly profitable reinsurance business: On Wednesday, The Hartford, a property and casualty insurer and part of The Hartford Financial Services Group Inc (NYSE:HIG), announced that it was securing up to $1.5 billion in asbestos and environmental policy-related excess losses on Berkshire subsidiary company National Indemnity Company in exchange for a tidy $650 million premium.

What makes Berkshire's reinsurance activity uniquely profitable? There are five operating principles that explain its success, several of which are identifiable in this latest deal: 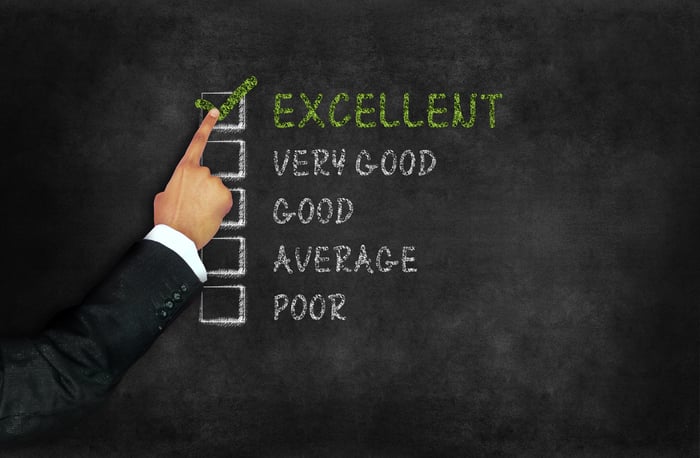 Moreover, as Mr. Buffett pledged in his 2013 annual letter, "[Berkshire Hathaway] will always maintain supreme financial strength, operating with at least $20 billion of cash equivalents and never incurring material amounts of short-term obligations." At the end of September, Berkshire had $71.7 billion in cash and cash equivalents on its balance sheet.

Berkshire Hathaway has let it be known that it wants to insure large, unusual risks, and because of its unparalleled financial strength and reputation, insurers know that it is a credible partner if they're looking to cede such risks. 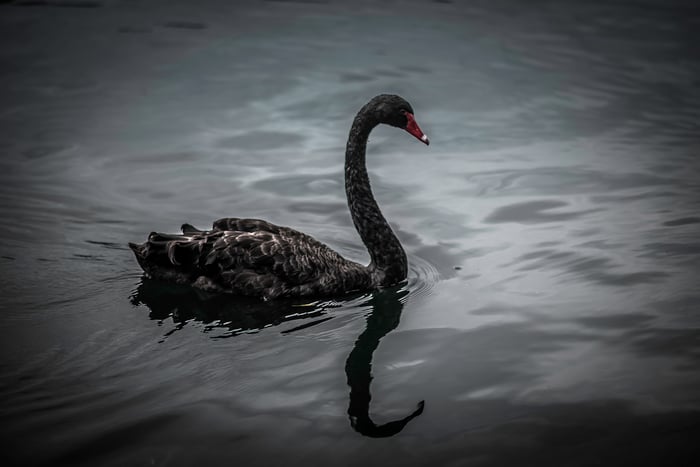 Why large and unusual risks, specifically? Because very few organizations are able and willing to take on those risks (Mr. Buffett wrote of Ajit Jain, the head of his reinsurance activity: "Throughout the world, he is known as the man to call when something both very large and unusual needs to be insured.") A limited number of potential suppliers means that those who make the cut can exert pricing power.

As Buffett pointed out in his 2009 shareholder letter:

We immediately put Ajit [Jain] in charge of National Indemnity's small and struggling reinsurance operation. Over the years, he has built this business into a one-of-a-kind giant in the insurance world.

Staffed today by only 30 people, Ajit's operation has set records for transaction size in several areas of insurance. Ajit writes billion-dollar limits -- and then keeps every dime of the risk instead of laying it off with other insurers. Three years ago, he took over huge liabilities from Lloyds, allowing it to clean up its relationship with 27,972 participants ("names") who had written problem-ridden policies that at one point threatened the survival of this 322-year-old institution. The premium for that single contract was $7.1 billion.

In fact, asbestos exposure was at the heart of the massive liabilities National Indemnity assumed from Lloyd's. Since then, National Indemnity has struck deals to take on asbestos and environment liabilities totaling over $11.6 billion with CNA Financial Corp, American International Group Inc and Liberty Mutual Holding Company Inc.

The use of asbestos was banned from many applications in construction by the Environmental Protection Agency in a series of rulings in the 1970s and 1980s; indeed, most of the policies that are part of The Hartford's agreement with National Indemnity were written prior to 1985. However, mesothelioma, which is caused by asbestos exposure, has a latency period that can stretch between twenty and sixty years!

In a report published last month, A.M. Best, an insurance research and rating company, estimated that U.S. property and casualty insurers have already shelled out $64 billion for asbestos claims – some of the largest insurance losses in history -- and reserved $21 billion for future claims. Nevertheless, the report warned that asbestos-related claims on historic policies "show no sign of abating" and could produce additional unreserved losses of $15 billion, for a bill totaling $100 billion. Asbestos liabilities surely qualify as both large and unusual.

Fitch has estimated that Berkshire Hathaway has the largest exposure to asbestos in the industry, with reserves net of reinsurance of $15 billion at the end of 2015.

Perhaps the preceding discussion of asbestos liabilities left you feeling more concerned than upbeat about Berkshire Hathaway's asbestos exposure. However, the absolute size of an insurer's exposure is, in isolation, a poor measure of their risk: Don't forget the other side of the ledger! In the most recent transaction, National Indemnity was paid a $650 million premium to assume a net liability of $1.5 billion. That ratio of premium to liability (43%) looks roughly in line with that on the deals with Liberty Mutual, AIG, and Equitas (Lloyd's). 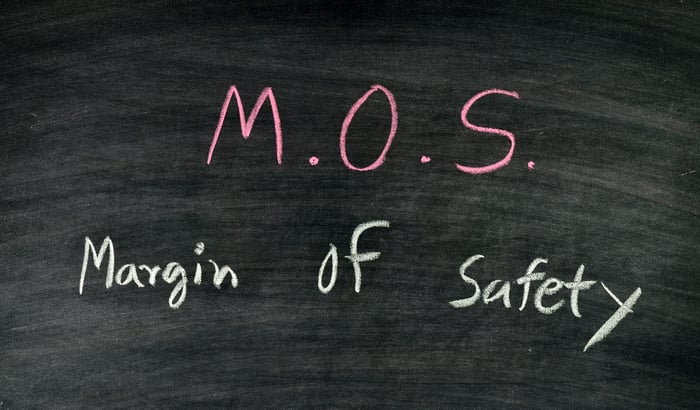 In his 2001 shareholder letter, Buffett sets out three principles of insurance underwriting, to which winning insurers "unfailingly stick":

Imbued with those principles, National Indemnity -- and Berkshire's other insurance businesses -- are among the winners. Given their track record, we can give them the benefit of the doubt when it comes to their pricing (and their reserving!), which will likely leave Berkshire with a healthy profit. As Buffett wrote in his 2001 annual letter:

I have known the details of almost every policy that Ajit [Jain] has written since he came with us in 1986, and never on even a single occasion have I seen him break any of our three underwriting rules. His extraordinary discipline, of course, does not eliminate losses; it does, however, prevent foolish losses. And that's the key: Just as is the case in investing, insurers produce outstanding long-term results primarily by avoiding dumb decisions, rather than by making brilliant ones.

In the case of The Hartford transaction, there is little reason to believe that speed of decision-making was of the essence, but as Buffett goes on to remark, "[n]o one can match the speed with which Ajit can offer huge policies. After September 11th, his quickness to respond, always important, has become a major competitive advantage."

4. Keep risks on your books

Once you've worked so hard to achieve "unsurpassed financial strength," establish yourself in the marketplace, and price risks properly, does it make sense to share your profits with other insurers by laying off some of the risk you've taken on? Of course not! 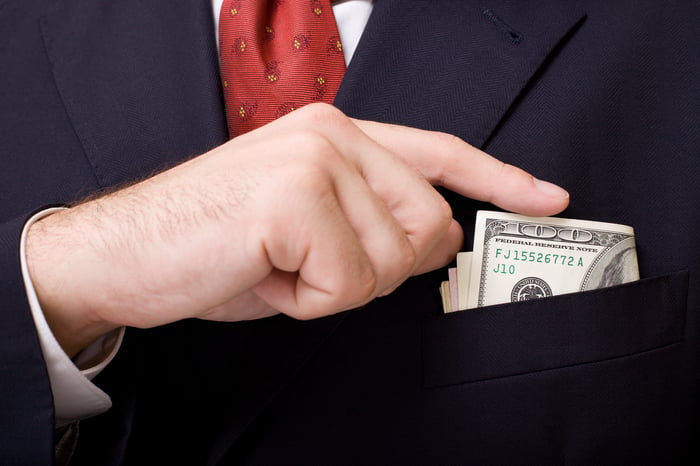 Or rather, it might make sense for other-than-economic reasons. Those might include shareholders that won't tolerate large reinsurance losses you will necessarily suffer from time to time in the ordinary course of business, or that aren't comfortable with exposures they can't quantify.

In fact, this was The Hartford's very situation, as CFO Beth Bombara made clear with her comment in Wednesday's press release explaining that "[o]ur asbestos and environmental exposures have generated adverse loss reserve development over time, creating uncertainty for investors and others about the ultimate cost of these policy liabilities".

As a subsidiary of Berkshire Hathaway, National Indemnity doesn't face that problem, as Buffett explained in the 2001 letter:

Indeed, we have a major competitive advantage because of our tolerance for huge losses. Berkshire has massive liquid resources, substantial non-insurance earnings, a favorable tax position and a knowledgeable shareholder constituency willing to accept volatility in earnings. This unique combination enables us to assume risks that far exceed the appetite of even our largest competitors. Over time, insuring these jumbo risks should be profitable, though periodically they will bring on a terrible year.

As a result, Berkshire Hathaway is able and willing to keep the risks it insures on its books:

Some reinsurers... are accustomed to laying off much of their business on a second layer of reinsurers known as retrocessionaires... At Berkshire, we retain our risks and depend on no one. And whatever the world's problems, our checks will clear.

Unlike The Hartford, National Indemnity is comfortable with every risk they insure -- at the moment they agree to do so and throughout the life of the exposure. The Hartford's discomfort was Berkshire Hathaway's opportunity.

5. Stay disciplined and carry on

You've set yourself up for success by pricing a large and unusual risk rationally and you're comfortable keeping it on your books. What's next? On to the next risk! However, it's extremely important to maintain your discipline through the insurance cycle if you want to remain a winning insurer. 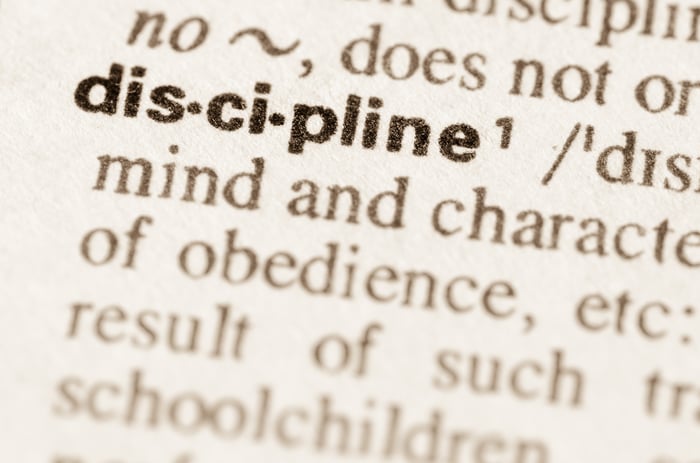 That's no easy task if reinsurance is your only business, and the industry is currently suffering a brutal two-pronged assault: New entrants with additional capital on the one hand and a dearth of investment opportunities, courtesy of ultra-low bond yields worldwide. As Warren Buffett explained at Berkshire's 2016 annual meeting:

The business of reinsurance companies generally is less attractive for the next 10 years than it has been for the last 10 years in part because of what happened to interest rates. A significant portion of what you earn in insurance comes from investment of the float...

The amount of capital that has come into the reinsurance business, it's no fun running a traditional reinsurance company and have money coming in, particularly in Europe, and look around for investment choices and find out many of the things you were investing in years ago now have negative yields. It looks like it will be unattractive, if not terrible, for a considerable period.

Once again, however, Berkshire Hathaway possesses structural advantages that enables it to behave very differently from its competitors (italics are my emphasis):

Munich Re, Swiss Re, and all the major reinsurance companies, except for us, are pretty much tied to a given type of business model. They don't really have as many options in terms of how capital gets deployed. I think they will do fine but not as fine in the next ten years as they have in the last ten years. I think if we played the same game as we were playing the last ten, we wouldn't do as well. But we're more flexible in how we conduct our insurance operations -- we have an extra string to our bow that the rest of the industry doesn't have.

Because Berkshire Hathaway is structured as a holding company with wide-ranging interests, its insurance subsidiaries (including its reinsurance businesses) don't face the same constraints when it comes to deploying capital. If National Indemnity cannot find a sensible use for its capital within its industry, it need not be tempted by less-than-sensible ones.

Competitive advantages matter -- all the more so when an industry deteriorates

The reinsurance industry faces a more challenging environment over the next decade, and Berkshire Hathaway isn't immune to this, but, thanks to the principles and advantages described above, it will continue to outpace its competitors -- not in terms of market share, perhaps, but on a measure that really matters: Profitability.

More broadly, it's worth noting that the competitive advantages I've discussed are part of Berkshire Hathaway's corporate DNA and, not surprisingly, you can follow their trail right up to the chairman's office. Consider the speed, decisiveness and price discipline with which Warren Buffett is known for when it comes to carrying out acquisitions, for example.