Silencers for all and universal concealed carry are just two of the changes the new president could propose.

The NRA spent more than $36 million on advertising supporting its favored candidates during the 2016 elections -- an all-time record. That support paid off big time when pro-gun Donald Trump won the top of his ticket and was sworn in as the 45th president of the United States on Friday. With Trump, along with firm Republican majorities in both the House and Senate, we could begin seeing loosened gun control laws in relatively short order.

What follows are just a few of the changes President Trump might propose. 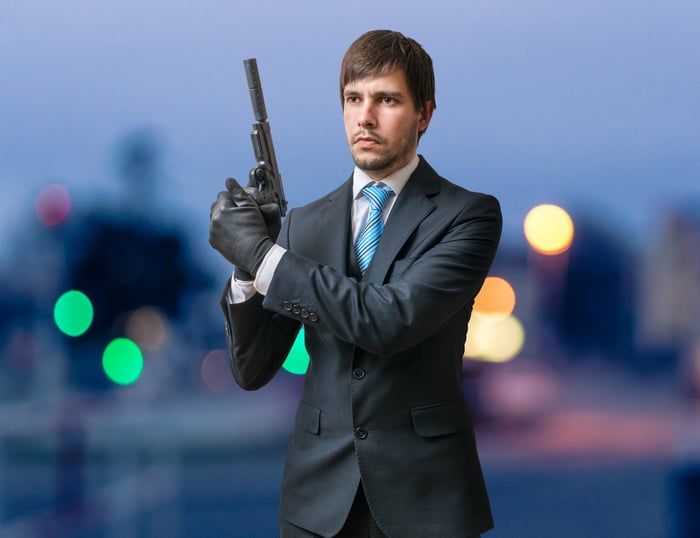 On the campaign trail, Trump famously promised to expand reciprocity  for holders of concealed carry permits, such that a gun owner with a permit issued in one state would be entitled to carry a weapon in all other states.

In the waning days of his administration, President Obama pushed through roughly two dozen executive actions designed to tighten gun control without the need for any laws being passed by Congress. Among other steps, Obama has directed the Centers for Disease Control to conduct research into gun violence, permitted doctors to ask patients whether they own guns, and required all firearms dealers to obtain federal licenses and conduct background checks on all buyers. The latter rule, issued just two weeks ago, requires anyone who sells a gun, even if only at a gun show or over the internet, to obtain a license and conduct background checks regardless of how many guns they sell. Failure to comply could earn a violator up to five years in prison and a fine of as much as $250,000.

President Trump immediately promised to "unsign" this directive once he takes office.

You have the right to remain silent

Meanwhile, Congressional Republicans are pushing a new law called the "Hearing Protection Act," aimed at reducing restrictions on the purchase of "silencers" for firearms. Currently, silencers are legal to purchase in 42 states. However, the purchase of a silencer entails the payment of a $200 federal tax, and requires a waiting period of up to 17 months to receive approval from the Bureau of Alcohol, Tobacco, and Firearms.

The act, by the way, gets its name from the fact that guns are loud -- your average 9mm pistol produces a retort measured at 160 decibels. Attaching a silencer drops this volume down to 125 decibels, which is less damaging to human ears, and also makes outdoor shooting ranges less of a public nuisance. (Click the link to get an idea of how loud gun reports can offend the ears of non-shooters.)

Opponents of the measure argue that permitting easy access to silencers will permit criminals to kill in silence. Proponents respond that silencers are only "rarely" used in crime -- and in any case, 125 decibels, while easier on the ears than 160 decibels, is far from "silent." 125 db may be quieter than a jackhammer (130 db) but it's still significantly louder than a police siren (115 db).

While all of these laws may have an effect on the gun industry, it's this last one that might have the most visible effect on publicly traded gun businesses. American Outdoor Brands (SWBI -1.75%), the company formerly known as Smith & Wesson, sells handguns with specially threaded barrels to accept suppressors, for example, and could enjoy greater sales of such products if silencers become easier to buy. Rival Sturm, Ruger (RGR -2.38%) actually makes and sells suppressors.

Now consider that as of the last report, Americans owned 265 million guns -- but fewer than 1 million silencers. That's a huge market that American Outdoor Brands and Sturm, Ruger would love to sell into. Easing restrictions on silencer sales could have follow-on effects, too. Granting easier access to suppressors could reduce noise complaints at open-air shooting ranges, making it easier for such businesses to open, which would attract more customers, resulting in more ammunition being used, resulting in more ammunition being sold, resulting in more sales (and profits) for ammo makers such as Olin Corp (OLN -0.06%), Vista Outdoor (VSTO -1.87%), and Orbital ATK (OA).

Long story short, any relaxation in America's gun laws under a Trump Presidency would be good news for the gun industry -- but easing restrictions on silencer sales could give the NRA the biggest bang for its campaign contribution bucks.

Fool contributor Rich Smith does not own shares of, nor is he short, any company named above. You can find him on Motley Fool CAPS, publicly pontificating under the handle TMFDitty, where he's currently ranked No. 360 out of more than 75,000 rated members.