It seems as though lately we are all Vladimir and Estragon waiting on the side of a country road for Dow 20,000 to arrive. For weeks, it has been the headline of the hype cycle in financial news. For those of us who want long-term investments, though, there is something else more important to think about: There aren't a lot of stocks on sale right now.

To find those on-sale stocks that look like great buys, you really have to go digging for value. Today, there are three companies that stand out as worthwhile investments, trading at attractive valuations: biotech giant Gilead Sciences (NASDAQ:GILD), coal miner Alliance Resource Partners (NASDAQ:ARLP), and tire manufacturer Cooper Tire & Rubber (NYSE:CTB). Here's why these stocks are on sale and why you should consider them for your own portfolio.

A lot of focus on today, not much on tomorrow

Wall Street hasn't been a fan of Gilead Sciences recently. There are fears that sales of the company's flagship treatments for HIV and hepatitis C (HCV) have plateaued or possibly on the decline. Also, a few clinical trials have flamed out in recent months, which has brought into question whether the company will be able to find a new revenue source to both replace the inevitable revenue drop on its existing treatments and grow the business. 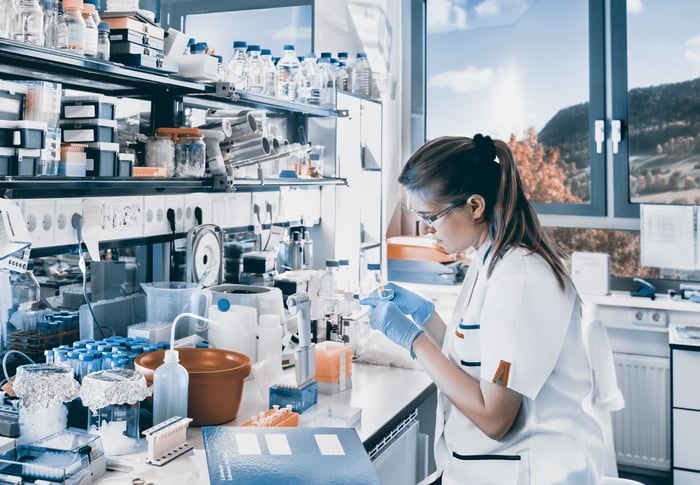 As a result of these fears, shares of Gilead Sciences is trading at a very modest enterprise value-to-EBITDA ratio of 5.3 times. That's the kind of valuation that is typicality assigned to a company that is structurally flawed and headed for an an abrupt end.

While it may be hitting a rough patch, there is certainly reason for hope. Gilead currently has more than 30 clinical trials going on right now for diseases ranging from its bread-and-butter HIV/HCV to several cancers, arthritis, and the lucrative nonalcoholic steatohepatitis (NASH) market. Some of these will likely be misses, but only one or two need to be hits to keep things going.

With more than $31 billion in cash as well as short- and long-term investments on the balance sheet, the company has more than enough capital to see it through these clinical trials. It even could take a couple swings at acquiring some treatments to supplement its pipeline, which management has hinted at in recent conference calls. If you can look past its current situation, there are many reasons to be hopeful about the possibilities for the future. Couple that with the company's dirt-cheap valuation and today looks like a great time to pick up shares.

Still some value in coal?

Yes, yes, there is. It's extremely hard to argue that the coal industry as a whole can claw back gains in the coming years. The emergence of cheap natural gas began a decline that will likely be compounded by alternative energy sources becoming cheaper by the day. As coal's days walk off into the sunset, though, you have to understand how that plays out. Almost all of the decreases in coal production are likely to happen in the Powder River Basin and Appalachian regions. However, the Illinois Basin is expected to remain relatively steady as its cheaper coal takes what market share remains. In fact, the U.S. Energy Information Administration estimates that the Illinois Basin will not see a decline in production over the next 25 years. 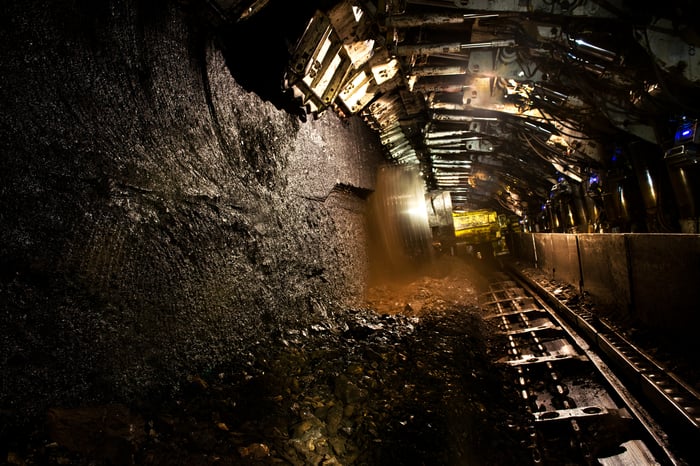 This is partly why Alliance Resource Partners looks to be a great stock to buy on the cheap: Almost all of its coal production comes from the Illinois Basin. Another reason it's worth considering is that Alliance's management team has been one of the best in the business at maintaining a tight financial ship while so many other coal companies played fast and loose with their balance sheets. As a result, Alliance has been able to handle this multiyear slump in coal prices while paying out a respectable distribution to shareholders and taking market share from competitors.

Alliance is by no means a buy-and-hold-forever kind of investment. At an EV to EBITDA of 3.1 times today, though, there is a bit of value left in this stock before the music stops for the coal industry as a whole.

The undisturbed part of the automotive industry

Of all the changes that we can expect to happen in the automotive industry in the next few years, there is one part of the market that hasn't given any indication of changing soon: tires. Tires are and will likely continue to be a critical component of the automotive life cycle for years to come, and it's also a consumable product, with the recommended mileage on tires being about 40,000 miles. This is something to consider when investing because the tire market is likely going to be more dependent on total miles driven versus total cars on the road.

That is where Cooper Tire & Rubber comes into play. The company specializes in aftermarket and replacement tires, and it does a good job of turning those sales into returns for investors. Post-2008 recession, Cooper has posted an average return on invested capital of greater than 15%, all while keeping an envious balance sheet with more cash on hand than total debt outstanding. This strong financial position has allowed the company to expand its offerings in fast-growing markets like China, where Cooper is also now looking to make Original Equipment (the tires that come on the car the day it leaves the factory) and capture a share of a market growing at 9.5% annually versus 1% annual growth in the North American market.

Here's what makes this an even more compelling investment today. Cooper Tire & Rubber currently trades at a total enterprise value to EBITDA of just 3.1 times. Granted, the company has traded at a low valuation for some time, but it continues to create value for shareholders by buying back shares. Quality returns at such a cheap price in a hard to disrupt industry like that is hard to find, so you have to have Cooper Tire & Rubber on your radar.