Looking to add a few thrills to your investing portfolio? Small-cap biotech stocks should be a good place to start. They come with significant risks, but the potential rewards are great. Here's why Celldex Therapeutics (NASDAQ:CLDX), Geron (NASDAQ:GERN), Halozyme Therapeutics (NASDAQ:HALO), Lexicon Pharmaceuticals (NASDAQ:LXRX), and Synergy Pharmaceuticals (NASDAQ: SGYP) are among the best small-cap biotech stocks to buy in February. 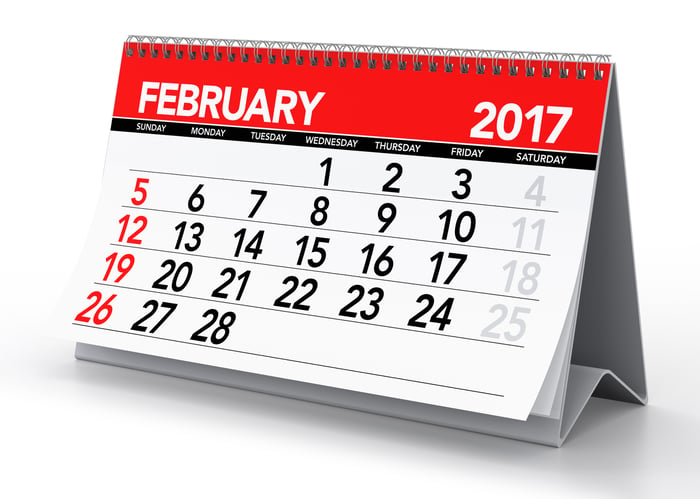 Celldex: Rising from the ashes

Celldex was severely wounded after its experimental brain cancer drug Rintega failed in a late-stage clinical study. However, the small biotech was only down, not out. Celldex's pipeline includes five other candidates.

The most important of these right now is glembatumumab vedotin ("glemba"). A registrational phase 2 study evaluating glemba in treating triple-negative breast cancer is under way, and final data collection for the primary outcome measure of the study wraps up in late 2017.

Celldex should announce results from a phase 2 study of glemba in treating uveal melanoma early this year. Another mid-stage study featuring a combination of glemba and another promising pipeline candidate, varlilumab, is scheduled to be completed in November. Good news from any of these clinical trials should help Celldex rise from the ashes.

Geron doesn't have multiple pipeline candidates like Celldex does. Instead, the biotech has everything riding on telomerase inhibitor imetelstat. Investors' concerns increased in September when Geron's partner, Johnson & Johnson, decided to discontinue research for a low-dosage administration of the drug in treating myelofibrosis.

Testing continued in the myelofibrosis study with a higher dosage of the drug. Another phase 2/3 clinical trial is also under way evaluating imetelstat in treating myelodysplastic syndromes (MDS). All eyes will be on updates from these two clinical studies in the second quarter of 2017.

It's hard to overstate the importance of these results for Geron. Positive news should send the stock soaring, but poor results could deliver a blow from which it would probably be difficult for the biotech to recover.

Halozyme has already announced both good news and bad news in 2017. The good news stemmed from encouraging results from a phase 2 clinical study evaluating PEGPH20 in combination with Celgene's Abraxane and gemcitabine in treating advanced pancreatic cancer. The bad news was that 2017 revenue will be lower than expected.

There are at least a couple of potential catalysts for Halozyme this year. The company plans to present more data for PEGPH20 in the first half of 2017. Halozyme could also get good news from a decision by the U.S. Food and Drug Administration (FDA) for a subcutaneous formulation of Rituxan in June. Roche uses Halozyme's proprietary recombinant human hyaluronidase enzyme in Rituxan.

The biggest opportunity for Halozyme, though, remains in the future. A late-stage study of PEGPH20 in combination with Abraxane and gemcitabine in treating pancreatic cancer is scheduled to conclude in 2019.

Lexicon had initially hoped to have an approval decision by the FDA for its experimental oral carcinoid syndrome drug telotristat ethyl in November. However, the FDA pushed back its decision until Feb. 28, 2017, to have more time to review additional information for the drug. Lexicon is ready to launch telotristat ethyl in the first quarter pending approval.

That's only the first big event for Lexicon this year, though. The company expects to announce data from a late-stage clinical study of sotagliflozin in treating type 1 diabetes in mid-2017. Lexicon also will report results from a phase 1 study of LX2761 in treating diabetes this year.

Synergy: A launch and regulatory filing on the way

The company also reported positive results in December from two late-stage studies of Trulance in treating irritable bowel syndrome with constipation (IBS-C). Based on these results, Synergy plans to file for U.S. regulatory approval within the next couple of months. It's possible the FDA could make a decision on the additional indication before the end of the year. If not, a decision should be forthcoming by early 2018.

Synergy's stock has given up some of its nice gains made in 2016. Considering the large potential market for Trulance, though, the stock should have plenty of room to move higher with a successful launch.

Every one of these small-cap biotech stocks carries plenty of risk. I think Synergy is the most de-risked, though, after the FDA approval of Trulance for CIC. If you could only pick one of these stocks to buy, I'd go with Synergy.