Shares of Lockheed Martin (NYSE:LMT) stock dropped 3.5% in the two days following its Tuesday earnings report, before stabilizing and then beginning to climb back out of their hole. As of today's share price of $252.50, the stock is selling for just 13.9 times earnings -- a seemingly low price to pay for part ownership in the world's leading pure-play defense contractor.

Of course, to know whether Lockheed Martin really is as cheap as it seems, we need to take a good hard look at what Lockheed Martin told us on Tuesday -- so let's do that. 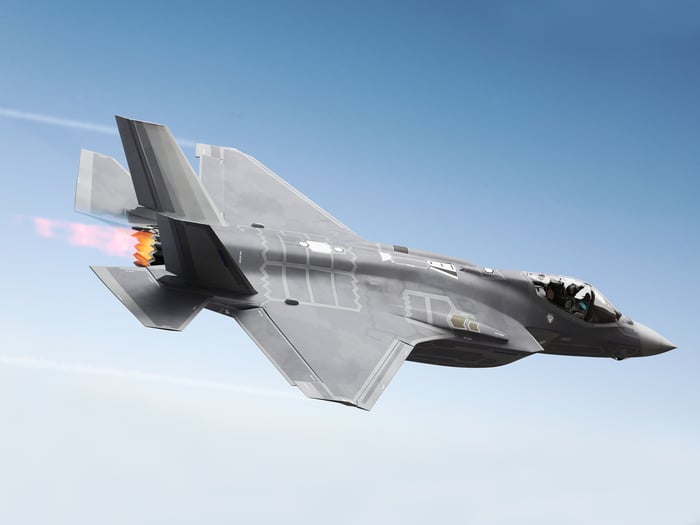 How'd they do that?

Clearly, 2016 was a good year for Lockheed Martin. Not only did the company keep growing sales at a double-digit clip in a constrained defense spending environment, but it grew its profits at roughly triple the pace at which it grew sales.

How was that possible? In large part, Lockheed's strong earnings results derive from two events:

Those were the headline numbers. But now let's shift our focus to the number that matters most to investors looking at Lockheed Martin stock as a potential investment.

Lockheed Martin produced beaucoup "accounting profits" in 2016. Its performance on the free cash flow front, however, was a bit less impressive. In 2016, Lockheed says it generated only $5.2 billion in cash from its operations (which was about $113 million less than it reported as net income). Subtract capital expenditures of $1.1 billion, and Lockheed was left with free cash flow (actual cash profit) of only $4.1 billion. That's just $0.77 in real cash profit per $1 in reported "net income." It's also 1% less free cash flow than Lockheed Martin reported generating in fiscal 2015 -- despite a 16.5% bump in revenue.

Free cash flow -- that's the number I want you to focus on as we turn now to Lockheed's projections for fiscal 2017, now begun. According to Lockheed, this year should see the company grow its sales as much as 7%, to perhaps $50.6 billion, but shrink its diluted earnings per share by at least 28%, to a best-case scenario of $12.55 per share (and a worst-case scenario of $12.25 per share). That's a prediction unlikely to endear Lockheed Martin to its fans, not least because it means that, at the low end of earnings projections, Lockheed Martin stock could be selling for as much as 20.6 times forward earnings.

At the same time, though, Lockheed is promising to grow its free cash flow strongly. Projections call for $5.7 billion or more in operating cash flow to be produced this year. Minus capex of $1 billion (assuming this spending holds steady with last year's level), that should work out to $4.6 billion or more in positive free cash flow for 2017 -- a 12% improvement over 2016 cash production.

So what does this number mean for investors? Applied to Lockheed Martin's $74 billion market cap, it means that if all goes well, Lockheed Martin stock today costs about 16 times the free cash flow that the company hopes to generate this year. Between the 12% projected growth rate and Lockheed Martin's 2.9% dividend yield, I'd say that 16 times free cash flow is a fair price to pay for part ownership in the world's biggest pure-play defense contractor -- not a cheap price by any measure, but a fair one.