With expectations for a recovery in U.S. industrial output in 2017 already in place, investors in industrial products provider WESCO International, Inc. (NYSE:WCC) must have eagerly awaited the company's fourth-quarter results. In the end, the headline numbers in the quarter were less important than the nuance within them and management's positive outlook for the year. There are subtle but real signs of recovery here, so let's take a closer look at the report and what management said.

Let's start with the headline figures:

As you can see, the headline numbers were slightly disappointing and in themselves didn't suggest that a recovery is on the way. However, the guidance for 2017 and associated commentary was more positive. First-quarter and full-year guidance for 2017 were as follows:

Management merely reiterated the guidance given on its outlook call in December, so no surprises there, and no upgrade to 2017 expectations.

A quick look at year-over-year growth for each end market demonstrates that three of the company's four end markets remained in negative territory in the quarter. 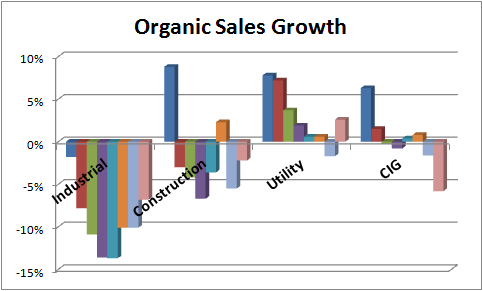 Looking past the numbers, the tone on the earnings call was a lot more positive:

Indeed, other companies have also reported an improving environment. For example, industrial supply company MSC Industrial Direct Co (NYSE:MSM) recently reported some green shoots of recovery in its monthly sales data. In addition, industrial supplier Fastenal Company (NASDAQ:FAST) reported sales growth of 2.7% in December for its stores that have been open for more than five years -- its fastest growth rate since July 2015.

Although WESCO's numbers or commentary weren't quite as positive as those given by MSC Industrial or Fastenal, those companies tend to have a higher exposure to maintenance, repair, and overhaul (MRO) spending, which typically improves before capital spending -- where WESCO has heavy exposure -- starts to flow. 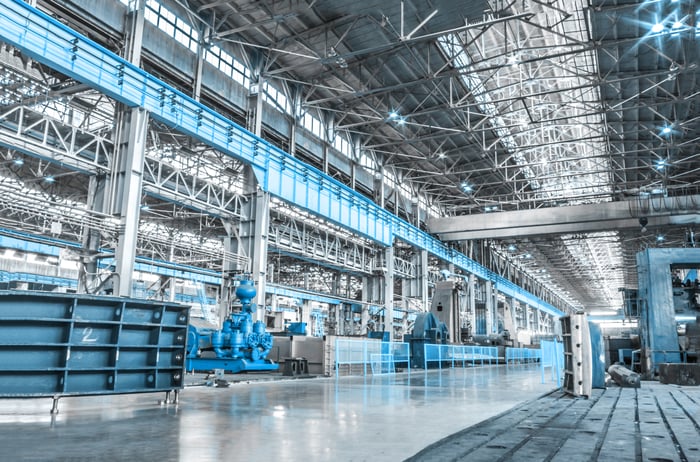 All told, WESCO's numbers were lackluster but the commentary was positive, and companies across the industrial sector are starting to report improving conditions. Investors will want to look out for more budding shoots of recovery before feeling fully confident, but the company appears to be on the right track.