It's been nearly two months now since Goldman Sachs told investors to jump into MercadoLibre (NASDAQ:MELI) stock, arguing the stock looked "compelling" at a price 17% below its $191 peak, and was likely to grow as more of Latin America shifted to online shopping. MercadoLibre stock has since soared 15%, and made a lot of investors richer. But this morning, a second analyst -- this time Merrill Lynch -- is chiming in and saying that MercadoLibre stock could go even higher.

Is Merrill right? Nearing the old $191 peak price again, will the stock continue to soar? Or has MercadoLibre gone as far as investors can reasonably expect it to go already? 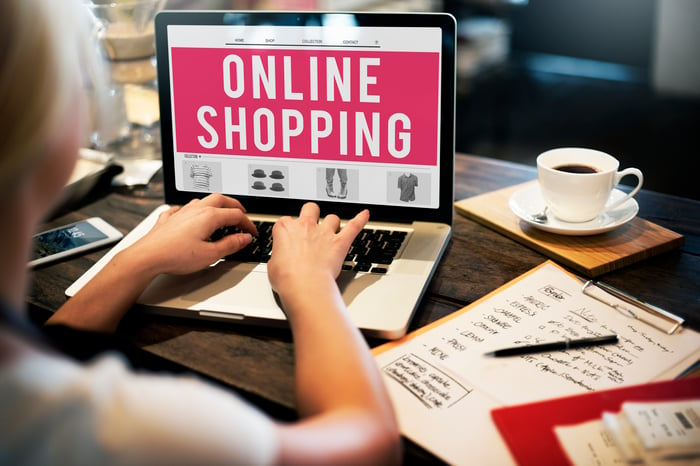 Early in December, on the cusp of the Christmas shopping season, Goldman Sachs spotlighted MercadoLibre stock as a buy at its then-current price of $157 and change. As the analyst pointed out, MercadoLibre stock had been selling for $191 just a few months earlier, and continued to show "strong" structural growth. Goldman predicted the stock would return to its previous peak, and continue growing as high as $200 a share, producing a 27% profit in just 12 months.

Already, MercadoLibre stock is more than halfway there -- in less than two months' time.

Call this good news or bad news as you like, but this morning, Bank of America's Merrill Lynch advisory shifted the goalposts slightly -- and now predicts that MercadoLibre stock will rise to not $200 a share, but $210.

Peering deep within the business, Merrill Lynch argues that MercadoLibre is purging "bad actors" from its MercadoPago online payments system. As explained in a write-up on TheFly.com, Merrill believes that by removing "frictions" from online transactions, MercadoLibre is improving the "buyer experience," with two beneficial results. First, a better experience will encourage users to shop more on MercadoLibre. Second, by reducing fraud, MercadoLibre will reduce its own cost of fraud protection -- boosting profits.

3. The proof is in the pudding

MercadoLibre hasn't reported Q4 earnings yet (although Merrill Lynch predicts an earnings beat when it does). The company's Q3 report appears to back up the analysts' optimism, however. According to management, payment transactions using MercadoPago grew 67.6% year over year in Q3, which was faster than growth in registered users (up 15.1%), growth in items sold (up 40%), and even in growth of revenue (up 66.3% when valued in local currency).

Granted, profits were down in the quarter, but this was largely a function of losses on foreign exchange rates. Merrill believes that "easier FX comps" will moderate pressure on earnings in Q4 and beyond, helping profits to rise.

Bonus thing: What comes next?

On average, analysts expect MercadoLibre to post a small gain in earnings in Q4, with dollar-denominated earnings coming in at $0.92 per share, up 5% in comparison to Q4 2015. Profits are expected to grow even faster in Q1 of 2017 -- up 20%.

As its recovery gains steam over the course of the year, Wall Street believes MercadoLibre will end 2017 with a $3.99-per-share profit -- fully 40% above what the company is expected to report in 2016 when the earnings numbers come out. And according to data from S&P Global Market Intelligence, over the next five years, analysts expect to see long-term earnings growth average a very healthy 27% growth rate. But should this translate into a buy rating for the stock?

If you ask me, Goldman Sachs was already pushing it by arguing in favor of buying MercadoLibre at 40 times FCF on a 27% growth rate. Merrill Lynch's argument that the stock is even more of a buy at a valuation 15% higher seems to fly in the face of logic. So long story short? Barring a real earnings blowout when MercadoLibre reports its Q4 numbers, I think the stock has gained (more than) enough already. As it reapproaches its all-time high, I would not buy.

MercadoLibre reports its fourth quarter and full-year earnings on Feb. 23.