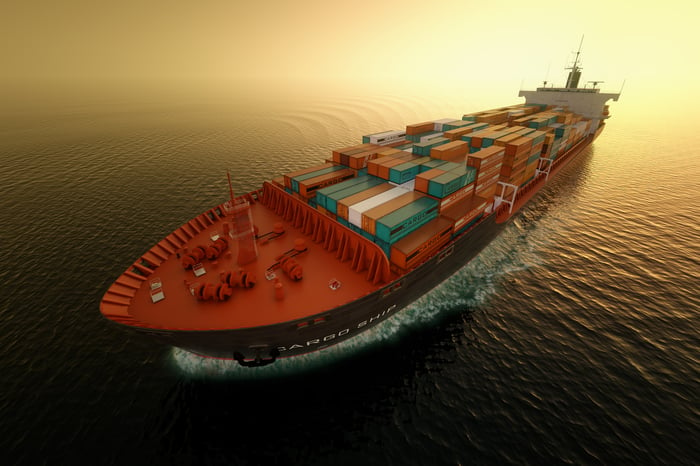 If there's one person investors should be very wary investing with, it's George Economou, Chairman of dry-bulk shippers DryShips (NASDAQ:DRYS) and Ocean Rig (NASDAQ:ORIG). The executive has a long history of transactions that help him personally while offloading risk to public shareholders. In fact, he's repeating the strategy once again at DryShips right now.

Economou's record of personally profiting while shareholders lose millions isn't new, but the market is finally starting to understand the game. That's why the stock is down an incredible 84% in the last month alone, saved only by a big pop on Tuesday. There have been a few announcements over that time and they likely aren't going to work out well for shareholders in the long term. 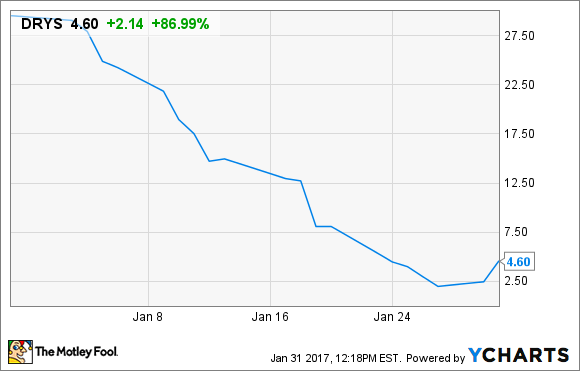 How to get rich running companies terribly

Economou's strategy is to acquire assets personally and then flip them to his public companies for a profit. He gets cash and offloads the operating risk on shareholders. Of course, as a shareholder himself he has upside in shares as well. Heads he wins, tails shareholders lose. Here's how it's worked in the past month.

Transaction #1: $200 million in debt is provided to DryShips by Sifnos Shareholders Inc., a company controlled by Economou. This debt comes with a 2% fee ($4 million) and an interest rate of LIBOR + 5.5%, plus upside if the asset value of collateral goes up.

This looks like Economou is trying to help the company. But then the acquisitions begin.

Transaction #2: DryShips announced the acquisition of the option to buy new gas carrier vessels just days after the debt transaction closed. Four new "strategic" assets are bought to "diversify" the company into transporting natural gas, which sounds great on the surface.

But then you look closer and the option to acquire new vessels has a total possible price of $334 million, and the money is going straight to George Economou.

Transaction #3: Sell shares to a third party, diluting shareholders in order to pay funds owed to Economou. This time, some $200 million worth of shares were sold in an offering: some went to Kalani Investments Limited, a company we know almost nothing about and who could be controlled by Economou himself.

Read closely and the $200 million share offering says it sold 31.8 million shares to Kalani, but Kalani can then turn around and sell those shares to public investors, which it may have already done.

At the end of the day, at the very least, George Economou gets total potential cash compensation of $338 million from DryShips (vessel acquisition and the 2% fee for debt) for the $200 million in debt the company must repay with an interest rate of LIBOR + 5.5%, not to mention the upside if vessel values increase. So he has $138 million more than a month ago AND a new source of cash flow. All for selling the option to buy a new vessel to a company he controls.

He may also be benefiting from the Kalani investment, although we know nothing about who owns or runs that investment group.

This isn't the first time Economou has run this type of scheme with his own companies. This is a theme, and it's one he will continue to use until he can't any longer. The only way the scheme will end is if his public companies are worthless and he can't issue shares and perform reverse splits to create new capital funds. But the market seems to always see a silver lining on the horizon, so the dance never ends.

If you're wondering why DryShips shares have been plunging lately, only to experience meteoric pops, this is why. And it'll happen again in the future. It's what George Economou does.