E-commerce giant Amazon.com (NASDAQ:AMZN) was recently granted a patent that signals its potential move into self-driving vehicles. The patent indicates that Amazon is trying to build a technology whereby vehicles can communicate with each other while approaching a road with a reversible lane. 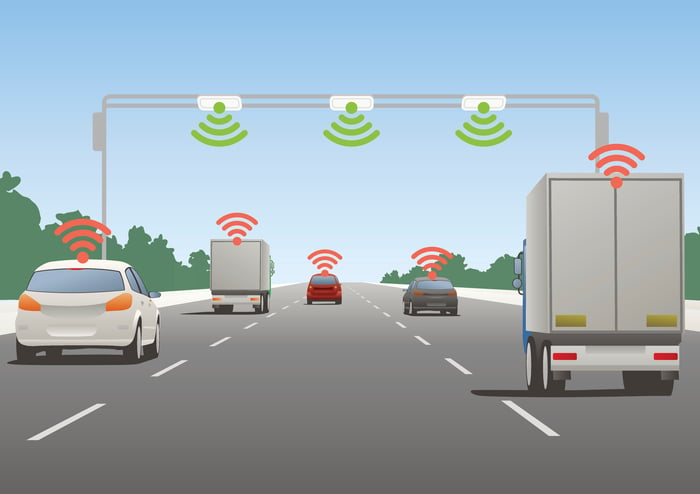 The abstract of the patent says:

This patent is an indication that the company could be working on autonomous vehicle technology. Something that lends support to this idea is that Amazon's technical advisor for Prime Air -- Jim Curlander -- is one of the inventors of the roadway management patent.

Curlander is currently working on developing the technology to deliver Amazon orders via drones in 30 minutes or less. This means that he is already involved in the process of automating deliveries, and autonomous trucks are the next logical step.

What does the patent mean for Amazon?

With Amazon's technology, autonomous vehicles will be able to safely plan their routes and better navigate the correct lane on a reversible road in advance. The patent also points toward the development of a roadway management system wherein vehicles can communicate with each other and coordinate their movements.

These developments could have widespread ramifications for the company in two ways. First, Amazon will be able to reduce its shipping expenses as delivery trucks will spend less time in traffic after calculating the best route in advance. This will lead to lower fuel costs and faster transit times. Second, as Amazon is going to both own and operate this technology, the company can license it to other automakers for a fee.

The first point, however, is currently of greater importance for Amazon since it would allow the company to bring down ballooning shipping costs.

Delivery costs going through the roof 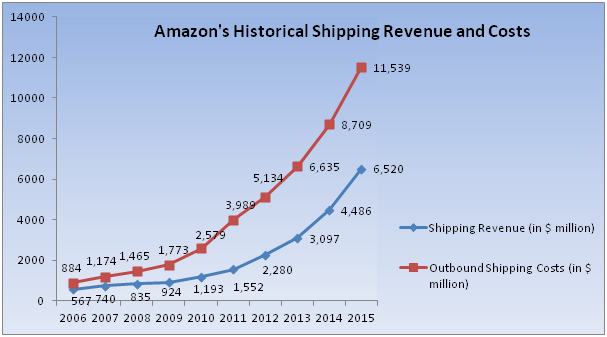 These shipping costs will rise once again for 2016. Worldwide shipping costs in the first nine months of 2016 increased 40% from the prior-year period to $10.5 billion. Amazon was expected to add at least another $3.9 billion in shipping costs during the fourth quarter, giving us a total spend for 2016 of $14.4 billion.

The company's unwavering focus on reducing shipping times for customers -- especially Prime members -- is largely responsible. Costs could rise further in the future as the company rolls out its one-to-two hour deliveries to more locations. As a result, Amazon is working toward the development of autonomous delivery technology like drones and self-driving trucks to reduce both personnel and fuel costs.

Why self-driving trucks are a natural progression for Amazon

Amazon has not provided specific details for how it plans to use the patent yet, but recent developments point toward the eventual reality that Amazon will roll out self-driving trucks at some point in the future.

In Dec. 2015, Amazon purchased "thousands" of truck trailers in order to move goods between warehouses. Then, in Jan. 2016, the company acquired a 100% stake in package delivery company Colis Privé in order to expand its last-mile delivery capabilities. It appears Amazon is gradually building a delivery system that it personally owns, so it may have greater control over the movement of goods.

And according to Business Insider, Amazon is also expected to launch an app this summer that will match truckers with shippers, creating an Uber-like marketplace for transportation and delivery. This move will allow Amazon to eliminate a 15% brokerage fee that needs to be paid to the middlemen as it can get in touch directly with trucking companies. The app can also improve the efficiency of transportation as it is expected to provide driving directions and truck stop recommendations by planning the route and estimated time in advance.

These moves seem to complement the broad strategy of exerting more control over the supply infrastructure as Amazon reduces costs wherever possible, boosting profitability and expediting the delivery process at the same time.