The Food and Drug Administration granted conditional approval of Exondys 51 despite a lack of completely convincing evidence it provided any clinical benefit. Major U.S. insurer Anthem subsequently stated the drug was "not medically necessary" and said it would not cover the drug, which carries a list price of around $300,000 per year. Fear that other end-payers would follow suit nearly erased the stock's tremendous gain following the approval announcement last September. 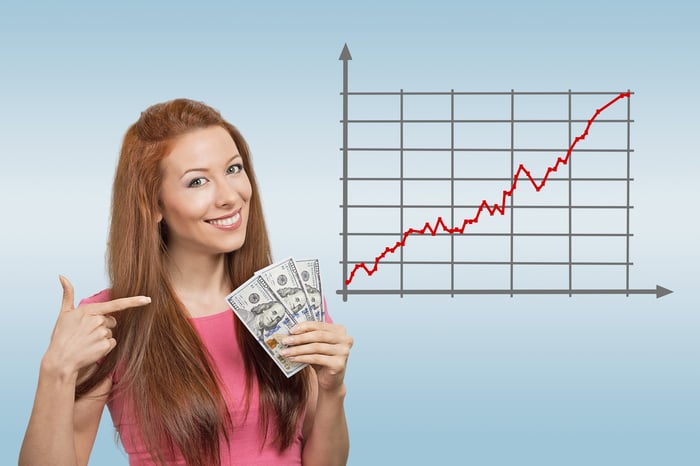 Sarepta stock enjoyed some lift last month when CEO Ed Kaye announced Exondys 51 sales reached about $5.4 million in the fourth quarter. Around 250 boys beginning treatment is a better start to the controversial therapy's commercial launch than many had expected. With about 60% of patients starting therapy covered by private insurance, concern the drug would be limited to Medicaid-eligible patients also subsided.

The fourth-quarter financial results were encouraging, but it's important to remember that Sarepta still needs to conduct a long-term outcome study to maintain Exondys 51's conditional marketing approval. An estimated 1,200 to 1,500 boys in the U.S. might be amenable to treatment with Exondys 51. The company's recent market cap of about $1.6 billion has already priced in success and continued sales of the drug to a large portion of this group.

Going forward, the company is running registrational trials for drugs similar to Exondys 51 that target two additional genetically defined groups of Duchenne muscular dystrophy patients. Success in the confirmatory trial for Exondys 51 and its late-stage follow-on candidates could lead to substantial long-term gains for Sarepta shareholders. Until we have more proof its controversial technology actually works, though, it might be best to watch this story unfold from the sidelines.