Sales are soaring and 2017 looks bright, but investors should watch out for rising interest rates long-term.

Shares of homebuilder PulteGroup, Inc. (PHM 6.54%) jumped 17% in January, according to data provided by S&P Global Market Intelligence, after the company reported better-than-expected earnings. And the home business seems to be on a roll heading into 2017, so good times could be ahead.

Fourth-quarter revenue jumped 21% to $2.4 billion, as closings jumped 9% versus a year ago. And net income jumped from $228 million a year ago to $273 million, or $0.83 per share. New-home sales were higher than they've been since 2007, so the bullish sentiment among homebuyers is spreading its way to investors as well. 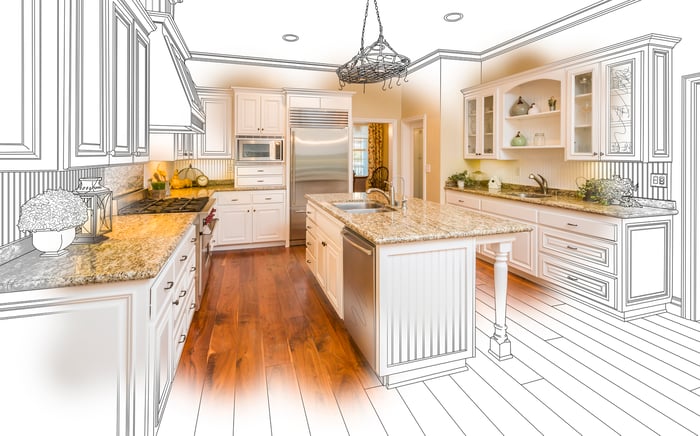 The only downside is that mortgage rates jumped in December, which put a damper on new-home purchases during the month. And that could have an overhanging effect on 2017.

While mortgage rates may be a headwind eventually, 2017 looks to be starting off strong. Backlog stands at $2.9 billion compared to $2.5 billion a year ago; the economy looks to be continuing steady growth. That should keep the new-home business strong and the earnings for PulteGroup rolling in. And with shares trading at just 13 times trailing earnings, if buyers remain interested in buying new houses, there could be significant upside ahead.