Crisper Therapeutics (NASDAQ:CRSP) is working on potentially game-changing technology that can edit genes to cure disease. However, ongoing uncertainty about who owns the rights to this intellectual property may have contributed to shares slipping 12.4% last month, according to S&P Global Market Intelligence.

Crisper Therapeutics is one of a small group of new biotech start-ups that are researching CRISPR-Cas9, an approach that could potentially reshape disease caused by genetic mutation.

The approach is based on a discovery that when bacteria is attacked by a virus, it memorizes a bit of the attacking virus' DNA into the genetic code of its immune system in repeating spaces called clustered regularly interspaced short palindromic repeats, or CRISPR. If the invader reappears, bacteria use CRISPR-associated proteins, or Cas, to cut up the invading virus DNA to prevent it from replicating. 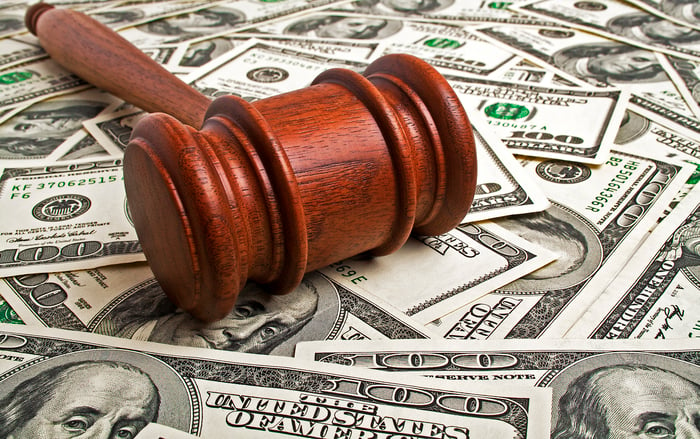 However, there's considerable debate over who owns the intellectual property to CRISPR-Cas9. On one side are Crisper Therapeutics, Intellia, and Caribou, which are basing their research on discoveries by Dr. Jennifer Doudna and Dr. Emmanuelle Charpentier, and their teams. On the other side is Editas Medicine, which is backed by MIT, and is basing its drug development on research conducted by the Broad Institute, a research collaboration between MIT and Harvard.

The U.S. Patent and Trademark Office (USPTO) is knee-deep in digesting arguments from both sides, which were made in December. At stake are the rights to technology that could be used to treat disease ranging from cystic fibrosis to cancer.

Since Crisper Therapeutics business relies heavily on Dr. Charpentier's licenses, a decision against them could, at best, require them to ink a licensing deal with the Broad Institute or, at worst, be disastrous. A decision could come from the USPTO soon, so it's easy to see why investors are jumpy.