The Chinese social media site got crushed last year -- even though its addressable market is booming and its rivals are thriving.

For the full year 2015, reported in May 2016, Renren's revenue decreased 12% year over year to just $41 million. This decrease was due to a 64% drop in advertising revenue, which the company blamed on the transition from PC traffic to mobile traffic, as well as increased competition. Gross profit fell 63% over 2014, and total net loss was more than $220 million for the year. 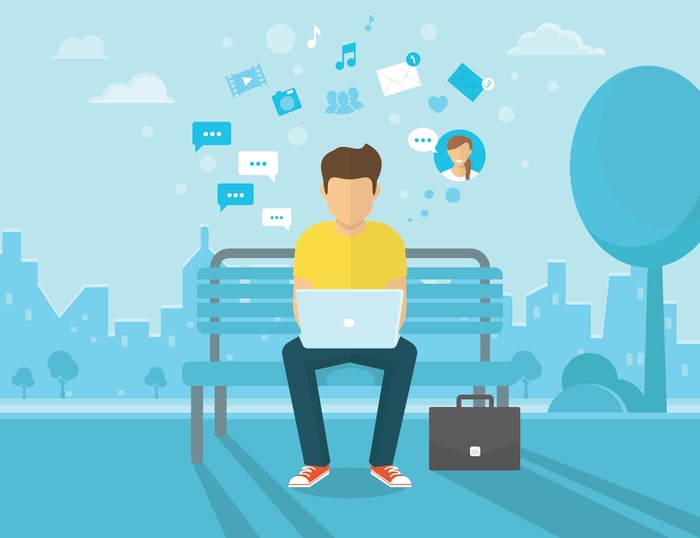 For the third quarter, reported in December 2016, things largely started to look better for Renren's finances. The company reported revenue of $17.9 million, more than double year over year. Earnings were still negative, with a $22 million loss, but that's much closer to zero than the $80 million loss reported in Q3 2015 -- and the trend upward has been pretty steady. Still, Renren's monthly unique visitors were down 22% for the period, to 35 million.

Before a recent one-for-five stock split, Renren's shares were now down around 84% from their 2011 high to below $2. The split, in which shareholders were given one new share for five existing shares, didn't change the stock's value, as each new share was worth what five of the old ones were, but at least it made the stock's selling price five times higher to get it out of the penny-stock range.

So far, the company seems to be making the right decisions to turn its business around by spinning off some of its non-core components, and the Q3 results are encouraging. Going forward, Renren will need to prove that its declining monthly unique active visitor levels can be reversed, and that its upward path of earnings that are getting closer to breakeven is sustainable.