Shares of quartz-countertop company Caesarstone Ltd. ( CSTE 0.26% ) jumped as much as 15.5% on Wednesday after the company reported fourth-quarter earnings. As of 1 p.m. EST shares were still up 9.9% on the day. 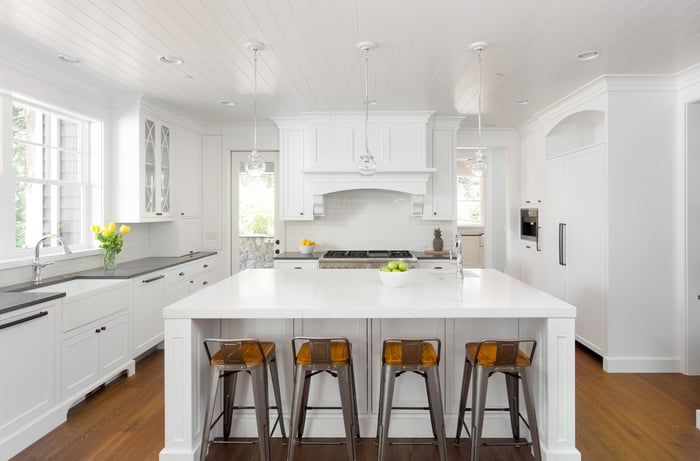 On the bottom line, net income fell from $18.7 million a year ago to $15.1 million, as legal charges and investments in sales and marketing in the U.S. offset some of the revenue gain. On an adjusted basis, which pulls out one-time items, earnings were $0.53 per share, down two cents from a year ago. This easily topped the $0.43 in earnings analysts expected.

Today's jump isn't really driven by incredible growth, and certainly isn't driven by the decline in net income. But investors, and management, had set their expectations too low, and now that Caesarstone is exceeding them, shares are soaring.

What's worth keeping an eye on is future performance, because management expects 2017 revenue to be between $580 million and $595 million, with adjusted EBITDA (earnings before interest, taxes, depreciation, and amortization) between $119 million and $126 million. At those levels, revenue would be up sharply from $538.5 million in 2016, but EBITDA would be down from $130.3 million -- so keep an eye on cost and margin trends to see how they play out throughout the year.