Please ensure Javascript is enabled for purposes of website accessibility
Log In Help Join The Motley Fool
Free Article Join Over 1 Million Premium Members And Get More In-Depth Stock Guidance and Research
By Chris Neiger - Feb 9, 2017 at 10:10AM

This beaten-down Internet of Things stock isn't much of a looker right now -- but investors shouldn't overlook CalAmp's ability to bring in strong revenue from its M2M customers, grow its telematics sales, and expand its margins.

The Internet of Things (IoT) is causing a lot of buzz in the tech world, with much of the attention going to driverless cars technology made by NVIDIA or home automation hubs like Amazon.com's Echo.

And then there's under-the-radar stock CalAmp (CAMP -1.27%), which is quietly making the hardware and software that are connecting machinery to the internet and allowing companies like Caterpillar (CAT -0.08%) to track its industrial equipment. 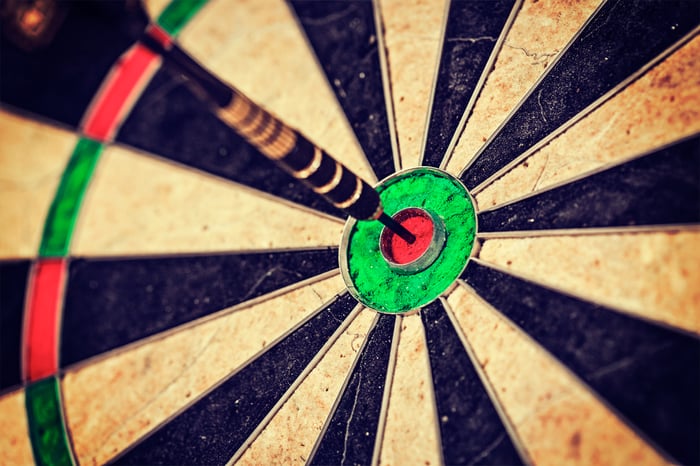 CalAmp's stock has fallen about 9% over the past 12 months, but that doesn't mean that the company won't reach its full potential in the $7 trillion IoT market. CalAmp is already moving in the right direction in three key areas: building more revenue from one of its key customers, growing its telematics software sales, and expanding its margins.

Solid revenue from one of its largest customers

One of CalAmp's most important businesses is its machine-to-machine (M2M) products for industrial equipment. It has more than 5 million devices that are currently under its software management, and has an annual device run rate of more than  1.5 million units.

The company's most notable M2M customer, Caterpillar, provided CalAmp with $6 million in revenue in the second quarter of 2017 and should improve to a run rate of $7 million to $8 million in the fourth quarter and into next fiscal year. Once it's within that range, sales to Caterpillar will account for 7% to 10% of CalAmp's current quarterly revenue.

As CalAmp CEO Michael Burdiek said on the third-quarter earnings call back in December:

Sales of MRM telematics products were up 7% sequentially and we now have a vastly improved opportunity pipeline as compared to just a few quarters ago. The business with OmniTrax, one of our newest key customers is on course and we are now launching new programs with another key customer related to the win we announced during our last earnings call.

Burdiek noted on the call that more than 1 million commercial transport vehicles will soon be required to have electronic logging device (ELD) systems, which he said should "drive incremental demand for new in-vehicle displays and telematics devices over the next two to three years."

Margins are stronger than ever

Gross margins improved to 42.1% in the third quarter -- up from 35.6% in the year-ago quarter -- which was an all-time record for the company.

Some of the margin improvement came from CalAmp's inclusion of LoJack products and services (which is acquired last year), but also from a "substantial increase" in other CalAmp MRM products.

Burdiek also believes the company will be able to expand margins even more, saying on the call that margins will continue to expand as MRM services grow.

CalAmp is clearly moving in the right direction in these three areas, and while that doesn't guarantee future success, the company is certainly positioning itself to benefit from the IoT for years to come. It is already connecting large industrial machinery customers to the internet and is making the right moves to bring in more long-tail, high-margin service revenue for its business -- and CalAmp could quickly become an IoT winner if it keeps all of this up.