Can the red-hot food delivery stock continue rallying this year?

For investors who aren't familiar with GrubHub, the company is the top online delivery and takeout ordering marketplace in the country. Its portfolio includes GrubHub, Seamless, LAbite, Restaurants on the Run, DiningIn, and Delivered Dish. The company works with over 50,000 restaurant partners in over 1,100 U.S. cities and London.

Despite its post-earnings swoon, shares of GrubHub remain up almost 90% over the past 12 months. To figure out where GrubHub is headed this year, let's discuss three reasons to buy and three reasons to sell this hot stock. 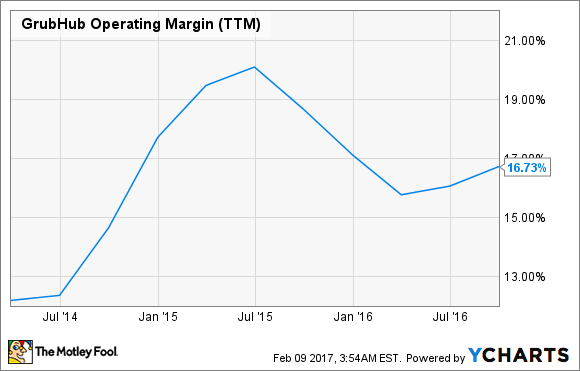 The verdict: Avoid Grubhub for now

GrubHub has been a solid growth stock over the past year, but its rising expenses, slowing bottom line growth, valuations, and vulnerability to Amazon indicate that it has more downside potential than upside potential. Therefore, I think GrubHub might go higher, but the risks outweigh the rewards at current prices.