Now that the dust has settled on a disappointing set of earnings from United Parcel Service, Inc. (NYSE:UPS), it's time to look at whether the investment case for the stock has changed. In common with key rival FedEx Corporation (NYSE:FDX), UPS is seeing strong e-commerce growth pressuring its margin, while it's increasing its capital spending plans to expand network capacity. Do all of these developments change how to think about investing in the stocks?

Back in December, FedEx reported on its second quarter and outlined how strong e-commerce growth (average daily volume growth of 5% in its ground segment) led to a 9.1% increase in revenue at FedEx ground. However, the increase was more than offset by a 12.2% increase in operating costs at ground, and ultimately FedEx ground operating income declined 11.6% in the second quarter. 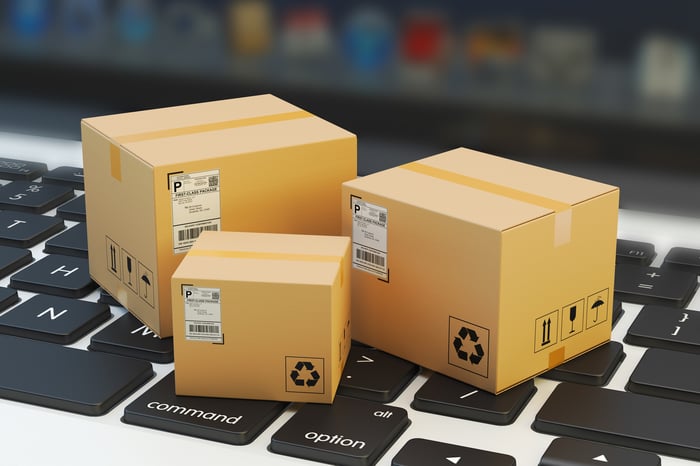 Fast-forward to UPS' results, and it's a similar story -- only it's worse. UPS' U.S. domestic package segment revenue (more than 70% of the segment's revenue is from ground) increased 6.3% in the fourth quarter, but margin pressure meant that adjusted operating profit for the segment fell 0.6%.

Ultimately, UPS got hit by two issues in the quarter:

UPS' fourth-quarter earnings encompass the whole holiday season, and traditionally it's the strongest quarter of the year. However, when looking at profit growth between the third and fourth quarters in recent years, we see a significant deterioration in the relationship: 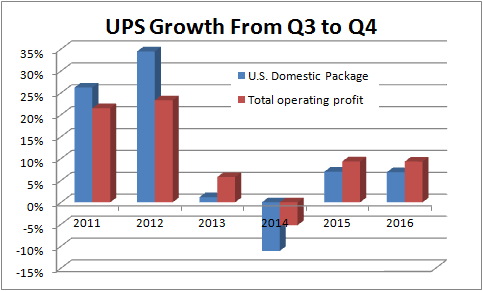 In addition, UPS announced that it will increase its capital expenditures to $4 billion in 2017, compared with $3 billion in 2016, a figure that represents more than 6% of forecast revenue in 2017 -- a ratio far higher than the 10-year average of 4.3%. 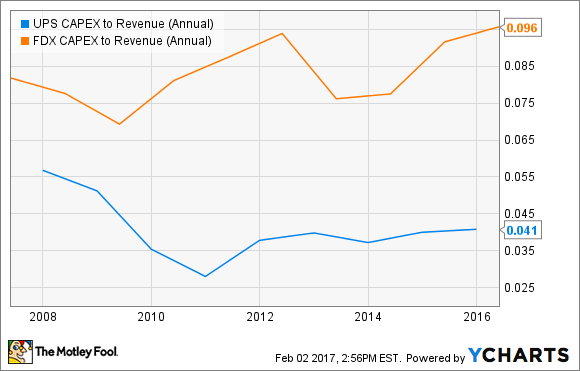 The earnings call made it clear that UPS' management believes the investments are necessary to service strong future growth and raise margin and profitability in the years to come. However, the question is whether the combination of margin pressure from a less favorable product mix -- business-to-consumer growth shows no signs of slowing -- and the increased capital expenditures necessary to service e-commerce growth will ultimately both eat into free cash flow generation and return on invested capital. If they do, then UPS' potential to grow its dividend, and with it the potential for shareholder returns, will be reduced. 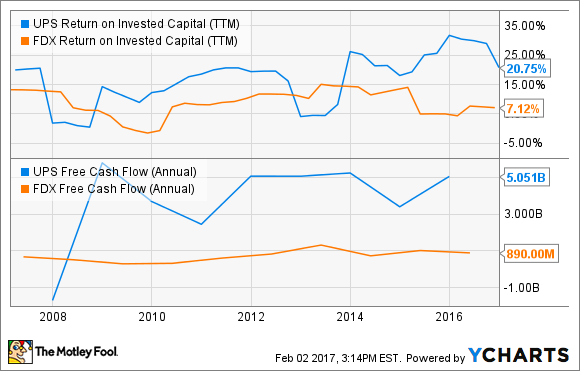 Scott Group, analyst with Wolfe Research, asked a related question on the earnings call, to which UPS CFO Richard Peretz replied, "I think one thing to keep in mind here is our priorities have always been the same, which is, first, is to reinvest in the business because of the high ROIC being ... mid-20s or higher." He added, "I think how you should think about the capex is for the next several years, we'll be a little higher than we have been, say, the last six or seven years."

It matters even more because neither stock is priced cheaply on a free cash flow basis: 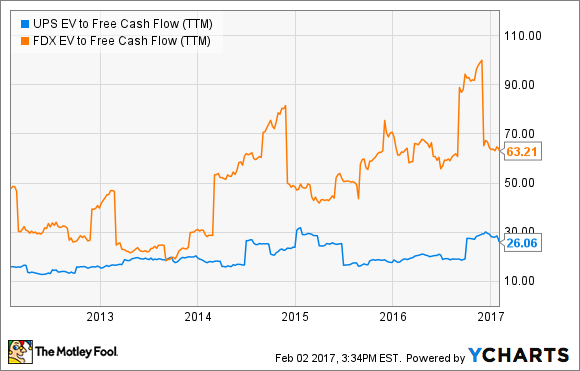 Has the investment thesis changed?

FedEx and UPS are proactively taking measures to improve profitability (dimensional-weight pricing, adjusted oversize package surcharges, and so on), but it's proving harder than anticipated to grow margin with e-commerce deliveries. In a nutshell, we know capital expenditures are likely to go up, but we can't be clear on whether FedEx and UPS have a handle on increasing profitability with e-commerce deliveries.

All told, investors should feel a little less comfortable holding UPS and FedEx, particularly at these valuation levels. E-commerce growth is creating challenges, and it's not clear yet that both companies are overcoming them in terms of margin and cash flow generation.