It's one of the best ways to build a fortune: Buy a stake in a small company with a long runway for growth. Hold those shares for decades, and sell them for an enormous profit when it's time to retire.

Sounds pretty easy, right? If it actually were that easy, we'd all be millionaires. The fact of the matter is that no one knows which small companies are headed toward the history books and which ones will end up in the dustbin. 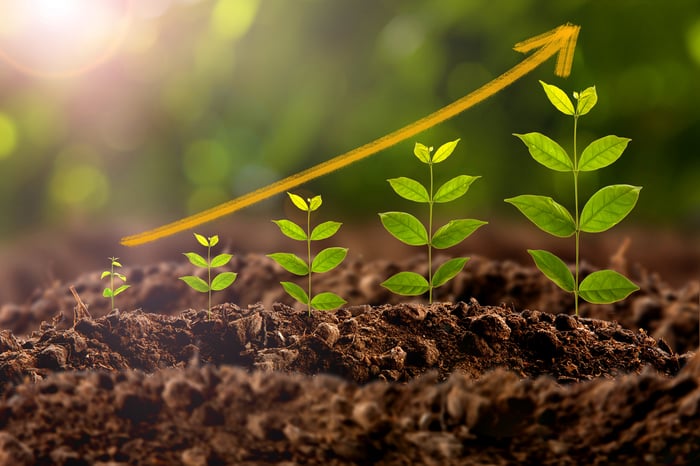 Today, I'm going to offer up three small-cap stocks that I think have the potential to be big winners. And these aren't just empty words: I've put my own skin in the game because I believe in all three so much.

Creating accountability in law enforcement is good for everyone

Just about everyone is familiar with TASER International's (NASDAQ:AXON) bread-and-butter business: the eponymous Taser weapon that can debilitate -- but not fatally wound -- suspects in law enforcement action. If that was all the company had going for it, I wouldn't own shares.

Instead, it is the foray into wearable cameras that has me interested. These cameras, offered under the Axon brand, don't have any huge technical advantages over the growing crowd of camera providers in the market. But Taser has two things going for it that should continue to drive business: deep and lasting relationships with police departments nationwide, and a subscription platform that allows for the storing and sorting of camera and taser data on the cloud.

At its core, it is that platform -- dubbed Evidence.com -- that really motivates me to put my own skin in the game. Once a department starts using the platform, switching providers becomes cumbersome and potentially dangerous, as the department risks losing key information. As you can see from the company's results, this is where the growth has been coming from lately. 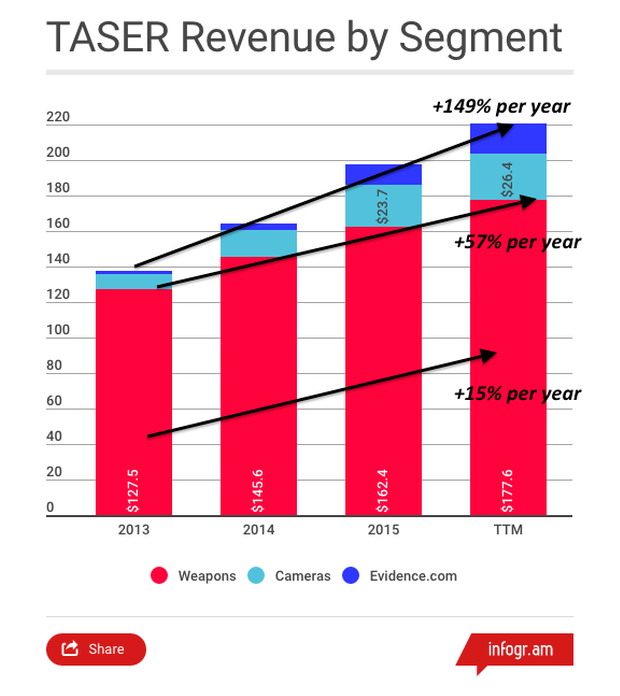 While the stock isn't necessarily cheap -- it's trading at 43 times free cash flow -- the recurring revenue that comes with owning a must-have platform is only just starting to grow.

Get your Zen on with this pick

The companies that best understand and communicate with their customers are the companies that end up lasting. Zendesk (NYSE:ZEN) was formed to help businesses keep track of, analyze, and connect with their clients -- all using a simple, intuitive, "Zen"-like platform.

The company offers an open-source platform where primarily small- to medium-sized businesses can write their own code to create a perfectly customizable customer-service solution. Imagine the sunk costs of switching away from Zendesk, not to mention the downtime and headaches that would be created by retraining your workforce on a new platform. That helps Zendesk build a wide and growing moat around its business.

In November, shares fell when revenue fell short of expectations. Management explained that a reorganization of the company's sales force was to blame, but Wall Street was worried nonetheless. However, earnings announced this month showed revenue growth coming in at 41%.

Just as important, management's mid-point guidance for the coming year clocked in at $420 million -- which would mean growth of 35%. And while the company isn't technically profitable, it brought in about $12.4 million in free cash flow during the fourth quarter alone.

Who likes to worry about payroll? No one, that's who.

When people think about starting their own business, they spend most of their time dreaming about fulfilling a larger goal and purpose within their industry or their community. Often times, dealing with the headaches created by payroll and HR decisions are the last things on their mind. Simply put, if the management of any organization wants to focus on its core mission, solving such HR issues efficiently is golden.

That's where Paycom Solutions (NYSE:PAYC) comes in. The company provides not only payroll services for small- and medium-sized businesses, but also a suite of other solutions, including talent management, scheduling time off, compliance with various federal organizations, and more. Importantly, the service is also offered via the cloud, so Paycom is free to update its offerings overnight and make them available immediately.

As with TASER and Zendesk, Paycom's moat comes from the high switching costs associated with finding a different provider for all of these solutions, and training one's workforce on a new system. In a recent article, I explained why Paycom was my top stock to buy in February. In it, I said I was hoping for customer count to hit 18,000. This week's earnings release showed it came in at 17,800 -- just short of my estimate, but still representative of a 19% jump in businesses using Paycom. I'll take that growth any day.

As I said, I own shares of all three of these companies. It's important to note that since they are small caps, there's more risk involved -- especially because shares can be volatile. In all, Paycom, TASER, and Zendesk combine to account for 3% of my real-life holdings. I think they're all worthy of your consideration.