Warren Buffett will likely go down in history as the greatest investor of all time. Starting with a relatively small sum while working out of his Nebraska home in the 1960s, his personal fortune is now estimated at $73 billion. If you're trying to get ahead in the stock market, there's nothing wrong with trying to mimic Buffett's blueprint for success: Invest in wide-moat companies that have an easy-to-understand business, and throw off tons of free cash flow.

Buffett no longer makes all of the investment decisions at Berkshire Hathaway (NYSE:BRK.B) -- he has turned some of those duties over to his younger deputies. But if we look at what Berkshire owns, we can choose from the list to see which are good buys this February. Below, I'll share three that stick out. 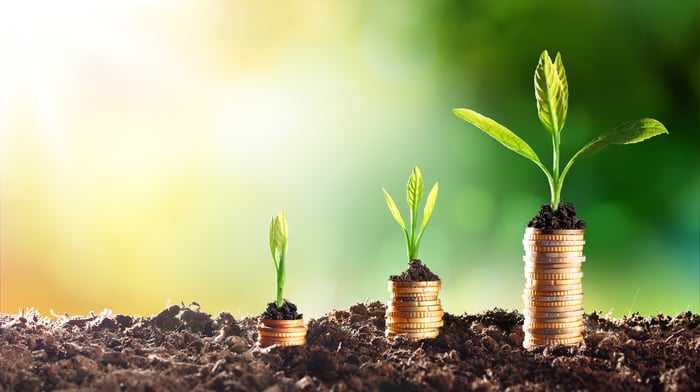 Buffett can't ignore the cash this company is throwing off

It's highly likely that Buffett wasn't behind Berkshire's investment in Apple (NASDAQ:AAPL), but he's nonetheless probably very pleased with it. The Cupertino giant announced earnings last month that highlighted just how strong the company has become.

Fellow Fools have already covered what a big hit the iPhone 7 Plus was, but since this is about Buffett, let's cover the factors that he would likely focus on.

For starters, the company now has almost a quarter-trillion dollars on its balance sheet. That's mind-boggling. But it doesn't end there: The company has spit out $53 billion in free cash flow over the past year alone, and it has only needed to use 23% of that to pay its dividend. Currently yielding 1.8% today, there's clearly lots of room for that to grow.

But perhaps most importantly, the stock is still much cheaper than the market. It trades for 16 times trailing earnings and just 13 times free cash flow.

Investors are nervous that global car buying has hit a peak. The cycle is turning, they believe, and we're about to see a contraction in car sales both domestically and abroad. That helps explain why General Motors (NYSE:GM) is so cheap right now. But Buffett likely appreciates just how high the barriers to entry are in the auto industry, as this makes the moat surrounding the company formidable.

The company came out with earnings this month that confirmed some suspicions: Sales climbed just 1.2% during 2016, and the company was unable to turn a profit in either Europe or South America.

But this company is much more disciplined than its defunct predecessor: Cost controls are much tighter -- with the company choosing to slow down production in the face of waning demand. That discipline means the company should be able to weather any downturn and emerge much stronger.

Currently, GM trades for a measly six times earnings and seven times free cash flow. At the same time, the company brought in $7 billion in free cash flow over the past year and used just one-third of that cash on its dividend. With that dividend currently yielding 4.2%, the reinvestments that will accumulate over time will add significantly to Buffett's -- and your -- returns.

We've only scratched the surface of non-cash payments

Finally, we have Visa (NYSE:V), part of the global duopoly of non-cash payments. Like the others, the behemoth came out with earnings recently that demonstrated just how strong the company's moat really is. As more vendors accept Visa worldwide, shoppers are incentivized to use the card. And as more shoppers use the card, vendors are incentivized to accept it. It's a virtuous cycle that helped revenue grow by 25% last quarter -- though acquisition of the company's Europe operations helped there, too.

The business is also very capital-light: Net profit margins can come in as high as 40%, and that produces a lot of cash. Visa delivered $5.5 billion in free cash flow over the past year, while using only one-third of it to pay out dividends. 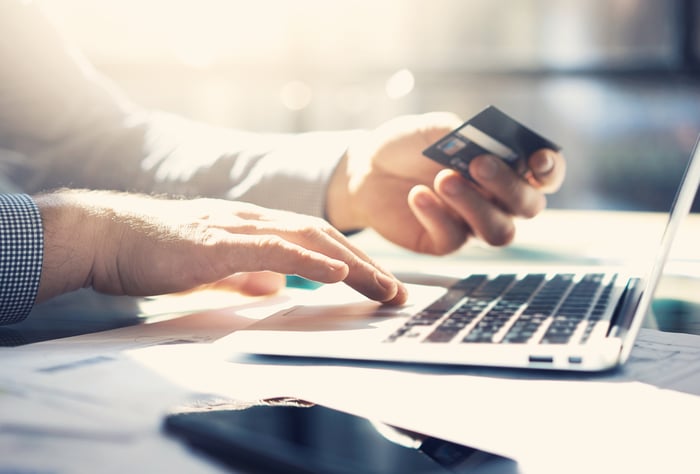 Speaking of the dividend, while today's current yield of 0.8% might not look impressive, it masks management's commitment to consistently growing the payout. Over the past five years, the company has grown its payout by over 11% per year. If you're a long-term, buy-to-hold investor, you understand how those increases can compound over time to produce impressive gains.

If you're new to investing and looking for a place to start, any one of these three stocks -- owned by Warren Buffett himself -- would be a great starting place for building your own portfolio.