Ambarella (NASDAQ:AMBA) and Qorvo (NASDAQ:QRVO) are both semiconductor companies with operations in the United States. Both are profitable and have large OEM's as customers, yet they are different in some major aspects. Understanding those differences is crucial for investors.

Ambarella produces systems on a chip for various camera applications such as GoPro action cams and drones. These chips incorporate numerous patented technologies that allow them to work with very low power, in low ambient light conditions, and with highly efficient compression capabilities.

Qorvo, on the other hand, manufactures RF semiconductors for use in a variety of applications and earns over 50% of its revenue from large cellphone manufacturers. 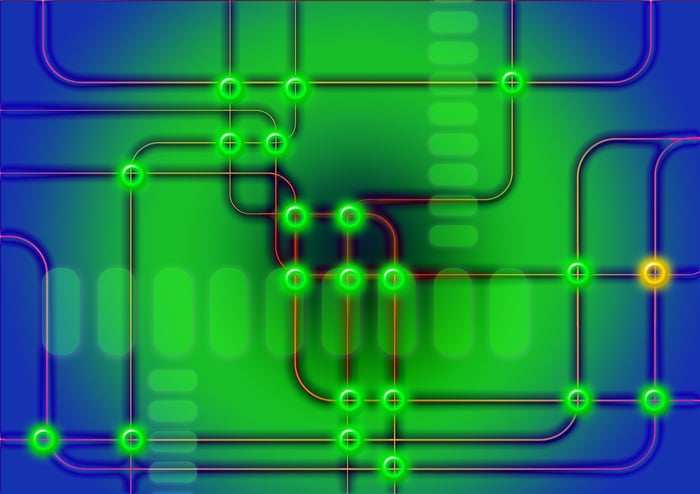 The key difference between the two companies' business models is that Ambarella employs a fabless manufacturing strategy for its digital integrated circuits, whereas Qorvo's products require the company to operate its own foundries to manufacture them.

Ambarella employs 640 people worldwide who are focused on the design and marketing of its products. The company outsources wafer manufacturing to Taiwan Semiconductor Manufacturing Co and Samsung. It also outsources the packaging of its chips as well as all assembly and testing. At the end of its last quarter, it only had $4.3 million in property and equipment.

The company has no long-term debt and at the end of October, held $372.1 million in cash and marketable securities.

Qorvo, on the other hand, is vertically integrated and as a result, owns a lot of buildings and capital equipment to manufacture its products. The company employs 7,300 employees and operates five foundries all within the United States, four of which the company owns. In addition, the company does its own assembly and testing at facilities it either owns or leases. This capital-intensive business model is a heavy weight on the company's balance sheet and negatively impacts cash flow as Qorvo must pay interest on its debt, replace equipment, and upgrade it to support newer technologies.

Headcount is based upon last year's annual report, all other data from first nine months of fiscal year. Data source: Qorvo and Ambarella. Chart by author.

The difference between the gross margins of each company's business model reflects the large investment in foundries and capital equipment for Qorvo and the asset light business model at Ambarella. This allows the latter to allocate a higher percentage of revenue to R&D, which can deliver greater innovation, and in turn, more growth and profitability.

Qorvo has little choice but to own a lot of property and equipment due to the nature of its business. The company is not able to outsource analog wafer production to a third-party foundry. Ambarella has developed a business that is predicated on product differentiation associated with patents around its technology and can afford to devote its excess capital to R&D by outsourcing the capital-intensive manufacturing process.

As long as an asset light company can hold a competitive advantage that keeps its customers coming back with more orders, it would appear to offer an investor a higher probability for greater portfolio returns. The business model allows the company to prioritize its spend and focus on where it really drives value for its customers. The asset heavy business is anchored to continued spending for capital equipment replacement and usually carries substantial debt which it must service through interest payments.

As Foolish investors, we can choose which company and which business model ultimately deserves our investment dollars.