Please ensure Javascript is enabled for purposes of website accessibility
Log In Help Join The Motley Fool
Free Article Join Over 1 Million Premium Members And Get More In-Depth Stock Guidance and Research
By Danny Vena - Updated Feb 22, 2017 at 8:54AM

Netflix has grown to dominate the worldwide video-streaming market. Even in light of the stock's meteoric rise, here's why I think its growth will continue.

Netflix, Inc. (NFLX -6.45%) is by far my largest holding. Not because it's the one I invested the most in -- far from it. I only invested 1.5% of my original invested funds in Netflix. It has since grown to an astounding 20% of my portfolio thanks to 3,000% gains. Some might argue that is too much to have riding on a single company and would've sold off some of the position to lock-in those gains. 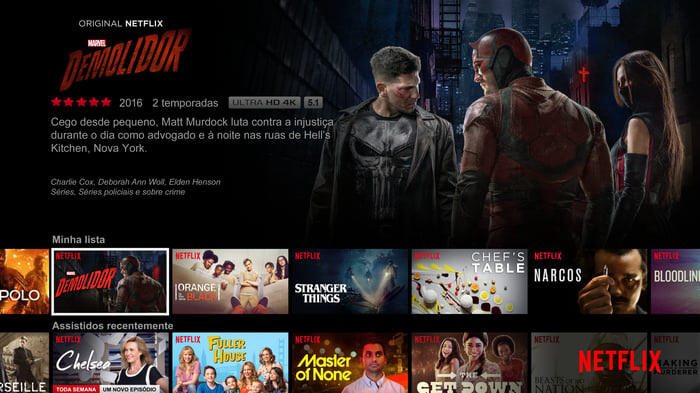 Netflix plans to have its self-produced originals eventually account for half of the platform's content. At Goldman Sachs 25th Annual Communacopia Conference on September 20, 2016 CFO David Wells indicated that the company was still a couple of years away from that goal, estimating that it is one-third to halfway there. Netflix first began debuting exclusive original content in 2013 as a way to differentiate its offerings. Many of those shows have become wildly popular. New seasons of some of its earliest releases are still enthralling viewers including House of Cards and Orange is the New Black. It's partnership's with The Walt Disney Company's (DIS -3.60%) Marvel has produced such hits as Daredevil, Jessica Jones, The Punisher, and Luke Cage -- my personal favorites. Other offerings including Stranger Things and Making A Murderer have become cultural phenomenons. The caliber of these offerings has put the industry on notice that Netflix is a force to be reckoned with and bolstered the strength of the platform.

What could go wrong? Plenty. Cash burn could overwhelm the video purveyor. Even by its own estimates, it will produce negative cash flow of $2 billion in 2017, up from $1.7 billion in 2016. Additionally, competition is heating up in the space. Amazon.com (AMZN -7.22%) announced in December that it had expanded its competing streaming service to 200 countries. The e-commerce giant is one of the few companies with the resources to compete with Netflix on a global level. Finally, worldwide growth estimates may be too aggressive. Netflix virtuous cycle only works as it continues to add new members. If that growth stalls before the build-out is complete, it could come crashing down.