Shares of aluminum maker Constellium NV (NYSE:CSTM) jumped as much 14.6% in trading Monday after speculation emerged that China could cut aluminum output. At 3 p.m. EST shares had slipped slightly from their high but were still up 9% on the day.

Reuters issued a report that China is "considering forcing steel and aluminum producers to cut more output" as part of a broad effort to reduce smog in Beijing. There's no final ruling yet, but the early reports say that China's total aluminum output could fall by 17%, according to Reuters. 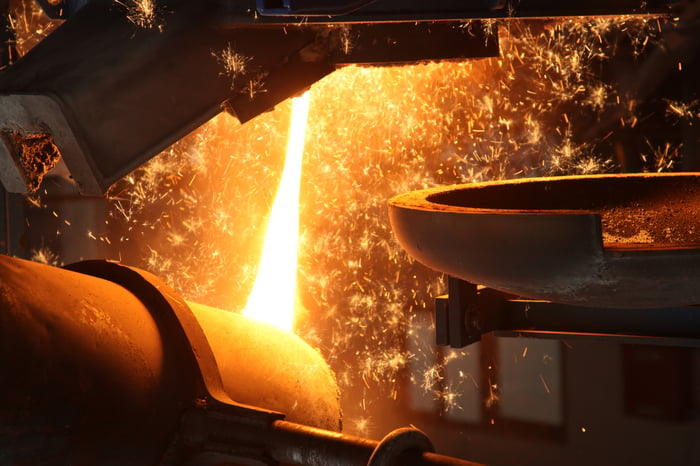 China has long been an overhang for U.S. materials manufacturers as the country produced more and more aluminum and steel for exports. And companies like Constellium have been looking for ways to reduce the pressure, particularly by pushing for tariffs on Chinese imports. Ironically, China's own industrial waste may be driving production down by itself.

Right now, this is all speculation, but metals stocks have been reacting strongly to rumors of tariffs or Chinese cutbacks for years now. Before reading too much into this, I would like to see more bottom line improvement and/or actual cuts in Chinese aluminum production. Until then, this will be a speculative bounce that isn't worth jumping on. With that said, keep an eye out for whether or not the driver of this speculation becomes more concrete in the coming week.