Investors in Cynosure (NASDAQ:CYNO), a laser maker that makes products to be used in aesthetic and medical procedures, should be smiling from ear to ear. News broke on Tuesday morning that the company has accepted a buyout offer from Hologic (NASDAQ:HOLX). Shares rose by 28% as of 11:15 a.m. EST in response.

Cynosure has agreed to be purchased for $1.65 billion, or $66 per share. Hologic plans on using cash to fund the deal, which will cost the company $1.44 billion after netting out Cynosure's cash balance. The deal has already been given the green light from the boards of directors of both companies. 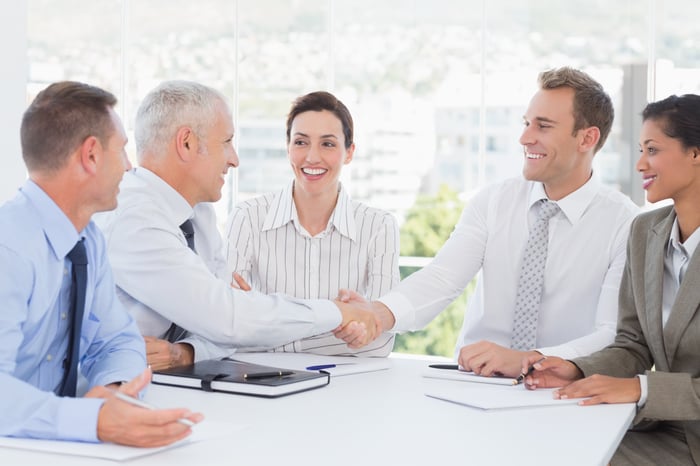 Cynosure's CEO Michael Davin said he was thrilled to become a part of Hologic, noting that this deal "enables Cynosure to further capitalize on growth opportunities in the core and non-core aesthetic market, rapidly strengthens our position in women's health -- where Hologic has a leading commercial presence -- and accelerates our R&D initiatives."

The deal is expected to close in March or April of this year.

As expected, Hologic provided investors with a slew of reasons why this deal made sense:

All of that sounds great, but the markets do not appear to share Hologic's' optimism. Shares are falling by more than 3% in early morning trading in response to the news.

Congratulations are in order to any of Cynosure's long-term shareholders. Tuesday's jump puts this company's long-term returns at 248% since its IPO in 2005. With shares trading within a few pennies of its buyout price, the smart move is likely to sell your shares and begin to search for your next home run investment.