A weak outlook should have investors worried. 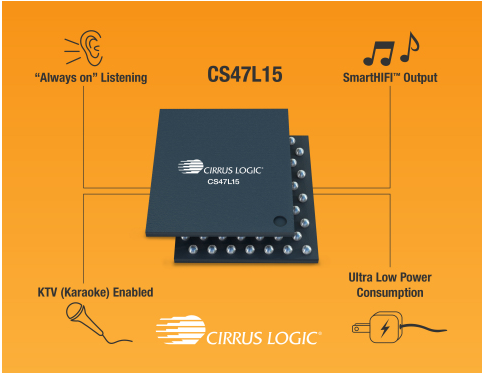 Cirrus Logic (CRUS 2.68%) investors have experienced a sobering reality check due to the company's reliance on one customer for the majority of its revenue. Even though the company's fiscal 2017 third-quarter results topped Wall Street expectations by a wide margin, a drab outlook for the current period sent shares crashing. The stock is now down over 15% since the report (as of this writing).

As Cirrus generated 85% of its quarterly revenue from its largest customer, known to be Apple, its fate is largely tied to the production schedule of the iPhone. The ramp up in the production of the iPhone 7 during the December quarter helped Cirrus increase revenue by 50% year-over-year to $523 million. Additionally, since Cirrus' dollar content in the latest iPhone was higher than the previous generation, its earnings per share more than doubled to $1.87.

However, guidance was disappointing as Apple is expected to cut its iPhone production by 10% this quarter. Cirrus forecasts $320 million in revenue at the mid-point for the fiscal fourth quarter, falling short of the $334 million analyst consensus estimate. But if Cirrus hits the mid-point of its guidance, its revenue will be up 38% year-over-year -- this level of growth is nothing to sneeze at, and the margin of the forecast miss is not that great either.

That said, management did not offer a great forward-looking outlook for the next fiscal year, and investors were inclined to hit the sell button.

Why Cirrus could experience a slowdown this year

There is a possibility that Cirrus' impressive growth will hit a speed bump in fiscal 2018. The company's deep ties to Apple could prove to be its undoing due to two factors -- a decline in production of the current-generation iPhone and zero content gains in the next one.

In fact, the decline in iPhone production is expected to last through the first half of the year, as the iPhone 7 production cycle winds down before the launch of the anniversary edition. This is a red flag for Cirrus investors. Additionally, the production ramp up for the next device might not provide a significant boost to Cirrus due to the slower-than-expected adoption of its upcoming audio technology.

Cirrus' content gains in the iPhone 7 were driven by Apple's removal of the 3.5mm audio jack, which enhanced the sales of its high-fidelity digital components, or hi-fi codecs. Apple's shift to wireless headphones reportedly bumped Cirrus' content in each device by $2.50 per share. Going by the comments provided by Cirrus management in a letter to shareholders, the smartphone behemoth is keep the same technology in its next generation offering.

While our long-term outlook for success in ANC [active noise cancellation] is strong, we believe the majority of digital headset revenue in FY18 will be driven by our hi-fi codecs.

Without content gains in the next iPhone, any revenue growth will be dependent on unit volume. In fact, Needham analyst Rajvindra Gill has slashed his revenue estimates for fiscal 2018 since he doesn't expect Cirrus to record an increase in dollar content in the upcoming generation.

Unfortunately, Cirrus' other customers will not be able to save the company either. They could actually pose another problem for the company since it expects a decline in the average selling price (ASP) of its chips for an important Android customer, which is probably Samsung.

Samsung replaced Cirrus Logic's audio chips with Qualcomm offerings in 60% of the Galaxy S7 phones. By comparison, Cirrus had supplied all of the audio codecs for the Galaxy S6.

With these various headwinds, consensus forecasts indicate that Cirrus' revenue will grow only 6.5% in fiscal year 2018, down from about 31% in the current fiscal year. Until the company sees adoption of its newest audio technology, such as voice biometrics and active noise cancellation, growth will be tough to deliver.