Please ensure Javascript is enabled for purposes of website accessibility
Log In Help Join The Motley Fool
Free Article Join Over 1 Million Premium Members And Get More In-Depth Stock Guidance and Research
By John Maxfield - Updated Feb 17, 2017 at 11:38AM

With stock prices at all-time highs and growing unease filtering out of the nation’s capital, investors will want to have cash on hand to take advantage of any opportunities that may emerge.

A number of very good investors have started to share their concerns about the interplay between politics and the stock market.

One such investor is Ray Dalio, the chairman and CEO of Bridgewater Associates, the world's largest hedge fund.

Dalio originally thought that the new presidential administration's pro-business tilt would outweigh any downside from its populist policies, such as a border adjustment tax that could weigh on global growth. But now he's not so sure.

"We are now in a period of time when how this balance tilts will be more important to the economy, markets, and our well-beings than normally dominant drivers such as central bank policies," Dalio wrote in a recent note to clients. Another high-profile investor who has waded into this space is Seth Klarman, the founder and CEO of Baupost Group, a hedge fund with $30 billion in assets under management.

Klarman is the "most successful and influential investor you have probably never heard of," wrote Andrew Ross Sorkin in a recent piece on the 59-year-old billionaire. Klarman's writings are so coveted on Wall Street, Sorkin goes on to point out, that a used copy of his book from several decades ago starts at nearly $800 on Amazon.

Klarman is also, it's worth pointing out, neither prone to hyperbole nor someone who seeks out the spotlight. This is why his latest letter to the investors in his fund has attracted so much attention.

He claims in the letter that stock valuations are "perilously high," thanks to the surge in the market following the presidential election. "Exuberant investors have focused on the potential benefits of stimulative tax cuts, while mostly ignoring the risks from America-first protectionism and the erection of new trade barriers," Klarman notes.

"The big picture for investors is this: Trump is high volatility, and investors generally abhor volatility and shun uncertainty," says Klarman. "Not only is Trump shockingly unpredictable, he's apparently deliberately so; he says it's part of his plan."

Now, let's be clear: Even though Klarman is among the world's greatest investors, he doesn't have a monopoly on predicting the future. He has, after all, lost money in three out of the past 34 years. That's a pretty darn good record, but it isn't perfect.

That being said, as one surveys the current landscape, it's hard to find fault with Klarman's and Dalio's assessments.

What's critical to appreciate right now is that stocks soared in the wake of the presidential election on the expectation that Trump's team would be able to push through corporate tax cuts, deregulate a wide swath of industries, and stimulate the economy with a $1 trillion infrastructure plan.

The problem now, however, is that these expectations are starting to run into reality, which could cause expectations to deflate as rapidly as they've inflated over the past few months. 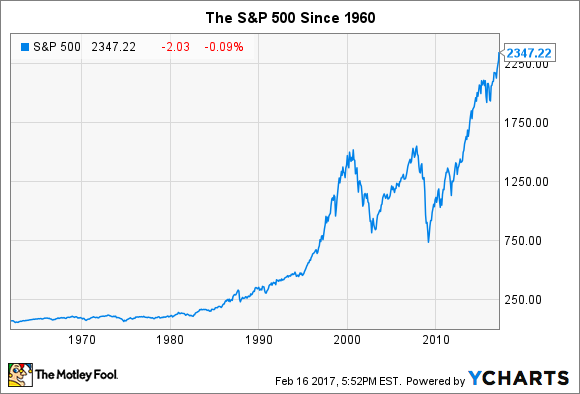 Let's start with the infrastructure plan. This is exactly what the United States needs right now. It would not only help to modernize bridges, dams, roads, and airports, but it would also spur the economy. But the catch is that investing $1 trillion into infrastructure would only benefit the economy if we borrowed to do so. This is the essence of Keynesianism.

The issue for Trump will be getting Republicans on board with this. Most importantly, he will need to get the House Freedom Caucus and other fiscal conservatives to agree to a plan that would meaningfully ratchet up the federal debt, which seems unlikely.

Just this past week, Republican representatives said that any conversation about infrastructure spending, including on a border wall with Mexico, must be offset by spending cuts elsewhere. Aside from the challenge of finding other places to cut spending, this would neutralize the stimulative effect of deficit financing.

And while Democrats originally appeared willing to support a bipartisan deficit-financed infrastructure plan, the window of opportunity for the parties to agree on anything of this sort appears to be rapidly closing.

On top of this, it doesn't seem unreasonable to suspect that consumer and investor sentiment, which shot up following the election, could falter if the unease and uncertainty filtering out of Washington, D.C., doesn't abate. And the same thing could happen to business investment, a critical component of economic growth.

It's this "exceptional uncertainty" that led Dalio to recommend against making concentrated illiquid bets in favor of owning easy-to-sell assets.

Are Dalio and Klarman onto something?

Just to reiterate, neither Klarman nor Dalio can see the future any better than you or I can. At the same time, their opinions are worth considering -- after all, they are among the most successful stock market operators of the past half century.

It's for these reasons, then, coupled with my own observations and feelings toward the towering heights of the stock market, that have led me to believe that cash will be king in 2017.

There's a limit to how much higher stocks can go, with the market already at a historic high. And if expectations begin to falter, causing stocks to respond in kind, you'll want to have cash on hand to take advantage of any values that might emerge from a correction.