Shares of TrueCar, Inc. (NASDAQ:TRUE), an internet-based information and services company within the automotive industry, popped as high as 14% in after-hours trading on Thursday when its strong fourth-quarter earnings results were released. The stock has since settled with a 8% gain as of 12:47 p.m. EST Friday. 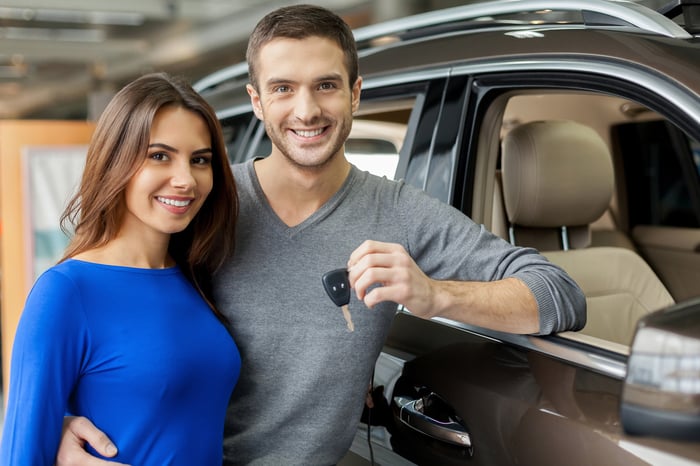 There were quite a few metrics for TrueCar investors to be thrilled about. Revenue checked in with a 17% increase compared to the prior year, reaching $74.1 million -- $2.79 million above consensus estimates. Adjusted earnings per share came in at a loss of $0.01, which was better than the $0.05-per-share loss analysts expected. TrueCar users purchased a strong 218,807 units, a 19% gain year over year, and acquisition cost per sale was down 6% year over year to $171. TrueCar's adjusted EBITDA hit $5.8 million for the second consecutive quarter, its two strongest results since the company went public.

The real story with TrueCar's fourth quarter is that year-over-year sales growth has finally rebounded after years of decline. 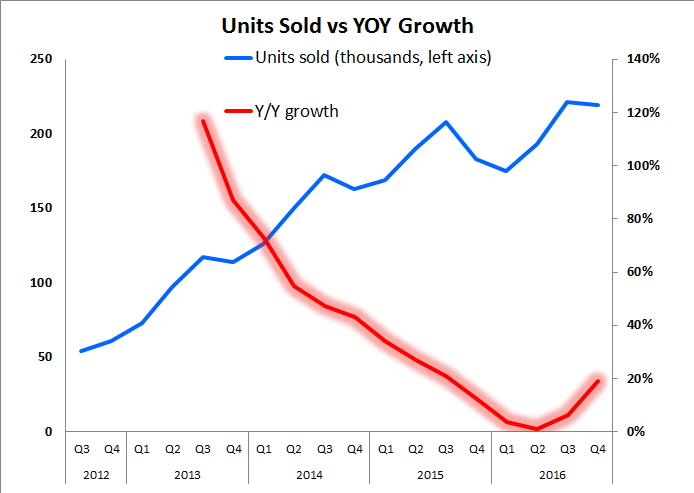 It's been a remarkable turnaround since the arrival of CEO Chip Perry during late 2015. TrueCar's often rocky relationship with its dealership network is as healthy as ever, and still improving. AutoNation has come back as a full partner and the company is continuing to upgrade its information and service products. Going forward Perry and team plan to focus on improving their sales funnel and making sure they turn their user base into buyers at a higher rate by giving more accurate and useful information to consumers and making the process easier for both dealers and consumers. If TrueCar continues to execute the way it has over the past year, 2017 should be a huge step forward for its business.