US Ecology (NASDAQ:ECOL) reported its fourth-quarter and full-year 2016 results after the market closed on Thursday. Continued sluggishness in the industrial sector resulted in weaker-than-expected results for the environmental services company.

Shares of US Ecology have returned 72% in the one-year period through Feb. 16, versus nearly 29% for the S&P 500. The stock got a sizable post-Election Day boost on the belief among some investors that Trump's presidency will result in a pickup in industrial activity. The stock has also outperformed the broader market over the recent five- and 10-year periods.

For context, analysts were looking for quarterly adjusted earnings of $0.43 per share on revenue of $119.67 million. So US Ecology fell short on both counts. 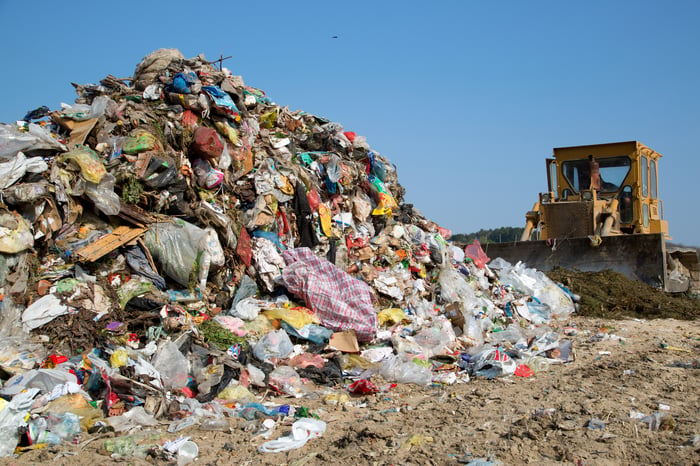 US Ecology's environmental services segment continues to face challenges due largely to project completions in the year-ago period that were not fully replaced and continued project delays in its events business, where revenue dropped 17% year over year. Segment revenue was $85.7 million in the quarter, down 7.6% from $92.7 million in the fourth quarter of 2015. This decrease consisted of a 4% decline in treatment and disposal revenue and a 24% decline in transportation revenue. Gross profit was $32.1 million, an 11.6% decline from $36.3 million in the year-ago period.

CEO Jeff Feeler commented in the press release on the weakness in the industrial sector, including lower spending and continued project delays, saying:

Winter weather conditions, which affected shipping and production schedules, combined with lower December industrial waste volumes contributed to a 4% decline in Base Business in our Environmental Services segment in the fourth quarter compared to the fourth quarter of 2015. Our Environmental Services segment Event Business was down 17% during the quarter as compared to the same quarter last year due to prior year project completions that were not fully replaced and continued project delays. Our Field and Industrial Services segment also delivered lower than anticipated results on the softer market conditions as we closed out the year.

Feeler said in the press release that the company has seen a recent uptick in the industrial sector so far in the first quarter of 2017, which, "while not yet resulting in improved volumes, bodes well for [US Ecology's] 2017 business outlook given the tendency of the hazardous waste industry tends to lag industrial cycles."