Please ensure Javascript is enabled for purposes of website accessibility
Log In Help Join The Motley Fool
Free Article Join Over 1 Million Premium Members And Get More In-Depth Stock Guidance and Research
By Ashraf Eassa - Feb 21, 2017 at 9:30AM

The company cut costs in chip and display technology development and also reduced stock-based compensation by a smidgen.

Wireless chip giant Qualcomm (QCOM 4.17%) spends more on research and development (R&D) than any other chipmaker aside from microprocessor giant Intel (INTC 3.21%), according to IC Insights.

The company's high level of R&D spending -- $5.15 billion during Qualcomm's fiscal year 2016 -- is necessary to continue to drive advancements in wireless technologies, mobile processors, as well as fuel its push into newer markets like the Internet of Things and the data center. 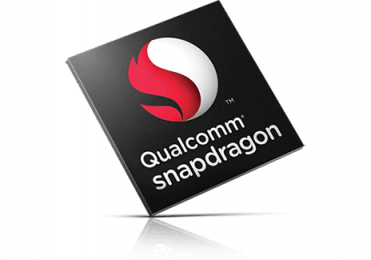 Nevertheless, despite being a big R&D spender, the $5.15 billion that Qualcomm spent on R&D in fiscal 2016 was a reduction from the $5.49 billion it spent in its prior fiscal year.

In this column, I'd like to go over the key drivers of that drop in R&D based on the company's commentary in its most recent form 10-K filing.

Qualcomm says that it saw a $228 million reduction "in costs related to the development of integrated circuit technologies and related software products." That reduction, the company says, was "primarily driven by actions initiated under the Strategic Realignment Plan" -- in other words, the company's cost-cutting program that it announced back in 2015.

Interestingly, that decrease came following a $117 million increase in such costs during fiscal 2015. The net change in R&D spending on "integrated circuit technologies and related software products" over the last two years, then, is a $111 million reduction.

It's not all about chip technologies, though. Qualcomm says that it also saw a $67 million reduction "in development costs of display technologies." This isn't too surprising considering that the company has been scaling back on its display technology investments for quite some time, noting in its 10-K filing that in fiscal 2015, its display-related R&D expenses came down by $72 million.

It might be a little concerning that Qualcomm -- which derives the bulk of its revenue from chip sales -- would cut its spending on future chip development.

After all, if a company weakens its R&D pipeline to save a buck today, won't that translate into weaker products (and therefore lower sales and possibly lower profits) tomorrow?

The answer is that it depends. When a company sees the kind of growth that Qualcomm has enjoyed over the last half-decade -- Qualcomm's chip division, QCT, saw revenue grow from $8.86 billion in fiscal year 2011 to a peak of $18.67 billion in fiscal year 2017- -- there's the distinct possibility of the company, perhaps, becoming less disciplined with its R&D spending.

Considering that Qualcomm is still outspending its peers in mobile chip development (Qualcomm's main rival here, MediaTek, spent approximately $1.6 billion in R&D in 2015 ), it's not likely that with its cost cutting actions that Qualcomm has substantially weakened its long-term position in the mobile chip market.

It really looks as though Qualcomm tried to improve the efficiency of its R&D spending rather than fundamentally gutting it as the "sugar high" that it experienced from the rapid growth it enjoyed in QCT during the mobile boom has worn off (QCT revenue in fiscal 2016 was just $15.4 billion, down more than $3 billion from the peak).

At this point, investors probably shouldn't worry too much about those R&D cuts for now. However, if Qualcomm just keeps slashing its R&D spending or investors begin to see signs of execution issues, then that might be a cause for alarm.