Tuesday brought a fresh set of all-time record highs for the stock market, pushing the Dow, S&P 500, and Nasdaq Composite to unprecedented heights. Earnings season was a big contributor to the positive mood on Wall Street, with two of the nation's largest big-box retailers reporting results that confirmed the ongoing health of the U.S. economy. Although many are concerned at the pace of the market's gains since the presidential election, few traders seem willing to call a top, and good news from many sources across the market helped create bigger gains. Community Health Systems (NYSE:CYH), Tronox (NYSE:TROX), and Popeyes Louisiana Kitchen (NASDAQ:PLKI) were among the top performers on the day. Below, we'll look more closely at these stocks to tell you why they did so well.

Community Health Systems' stock soared by roughly a third after the hospital operator reported its fourth-quarter results Monday afternoon. The company actually reported a GAAP loss on the quarter, but after making allowances for various items, adjusted earnings from continuing operations came in better than expected. Yet of more importance have been Community Health's efforts at a long-term strategic turnaround, and investors remain impressed at the pace of the company's progress. As CEO Wayne Smith put it, "Significant progress has been made in our work to divest certain hospitals and other operations, enabling a reduction in our debt and the opportunity to reshape our portfolio into a stronger, more sustainable organization." If those efforts keep moving forward, then Community Health should be in a better position to adapt to changing conditions in the healthcare industry in the future. 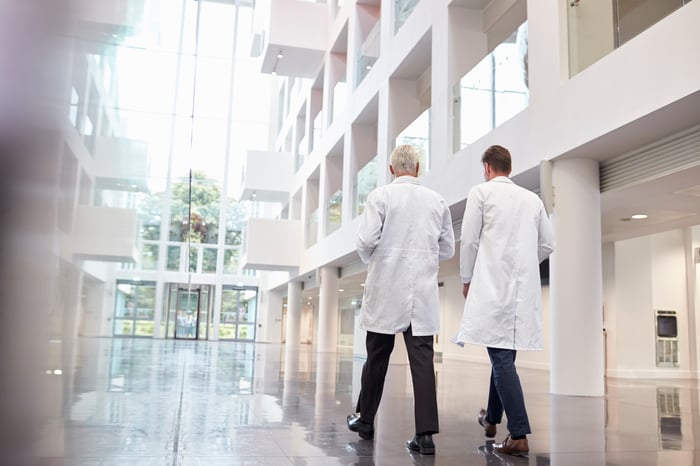 Tronox shares jumped 35% in the wake of its fourth-quarter earnings report and on news of an acquisition. The chemical maker said that it would spend $1.67 billion to buy the titanium dioxide unit of Cristal, a privately held chemical company. Titanium dioxide is a key ingredient in paint manufacturing because of its qualities as a white pigment, and Tronox believes that the purchase will give it economies of scale and boost capacity at a key time for the industry. In addition, Tronox reported continued success in boosting its revenue, and although it reported a modest adjusted loss, CEO Tom Casey pointed to the recovery of the titanium dioxide market as a key event that could help Tronox perform even better in 2017.

Popeyes gets gobbled up

Finally, Popeyes Louisiana Kitchen stock ended higher by 19%. The fast-food Cajun-style restaurant chain announced that Restaurant Brands International (NYSE:QSR) had made an acquisition offer valuing the company at $1.8 billion. Under the proposed deal, Popeyes shareholders will receive $79 per share in cash, prompting the big move up for the stock. Restaurant Brands already operates Burger King and Tim Hortons, and the move will flesh out the company's offerings to introduce some spice to its lineup. As Restaurant Brands CEO Daniel Schwartz said, "Popeyes is a powerful brand with a rich Louisiana heritage that resonates with guests around the world." As part of the acquirer's broader strategic vision to produce international growth, Restaurant Brands can use Popeyes to appeal to customers who wouldn't be interested in its other properties.