Sales tumbled and profits turned to losses as the wearables company struggled to cope with lower-than-expected demand. Things won't get better anytime soon.

Fitness wearables specialist Fitbit (FIT) reported its fourth-quarter results after the market closed on Feb. 22. It was a disastrous holiday season for Fitbit, featuring a steep decline in sales and major losses. Much of this bad news was telegraphed in Fitbit's preliminary release last month, so there weren't any surprises.

Guidance for 2017 was far from optimistic, calling for a big decline in revenue and continued losses. Fitbit has slashed costs and laid off employees, but it won't be enough to offset the expected drop in sales. Here's what investors need to know about Fitbit's fourth-quarter results and its outlook for this year. 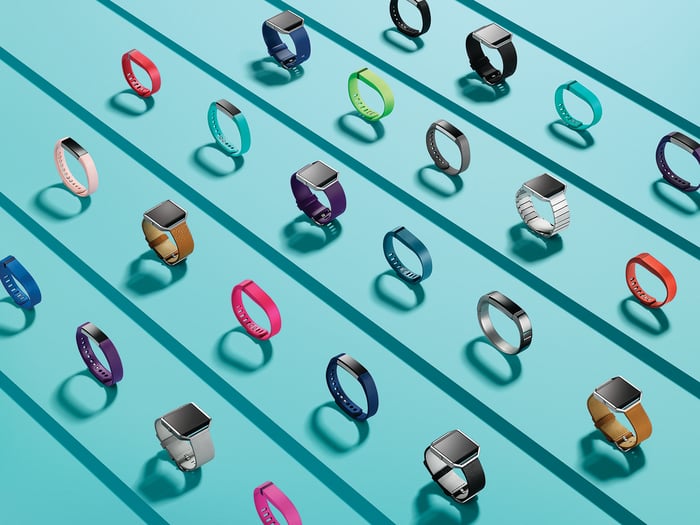 Fitbit's growth came to a grinding halt during the holiday quarter, prompting the company to announce layoffs.

Fitbit's guidance for the first quarter and 2017 calls for steep revenue declines:

Our 10-year history of building this category, coupled with our powerful brand and engaged global community gives us confidence we are making the right investments to support our vision and drive long-term success. We will leverage our leadership position, recently acquired talent and IP, and the valuable data we collect to improve demand and continue to set the pace of innovation for the industry through more personalized experiences, deeper insights and guidance, expansion into new categories and deeper integration within the healthcare system.

Fitbit expects to burn cash in 2017 as it works to reinvigorate its business. New products will likely be released, possibly including a proper smartwatch that could go toe-to-toe with the Apple Watch. Layoffs and other cost-cutting measures will put an abrupt end to the explosion of headcount and costs that have defined Fitbit over the past couple of years. With demand for its products simply not materializing, Fitbit now faces the difficult task of returning to growth while simultaneously slashing costs.

Fitbit is still the fitness band market leader, and its brand remains powerful. But the market is only so big. 2017 will be a tough year for the company and its shareholders as it navigates this new reality, and only time will tell whether Fitbit can turn things around.