This being earnings season, you might expect that earnings had something to do with HP's rise -- and you'd be right. HP reported its fiscal Q1 2017 earnings yesterday after close of trading.

Earnings of $0.36 per share on revenue of $12.7 billion beat Wall Street estimates on both fronts. This probably explains why the stock is responding so strongly. Compared to the year-ago results, profits were flat, and operating profit margins declined 90 basis points, to 6.7%. On the other hand, at least revenues rose -- 4% year over year. 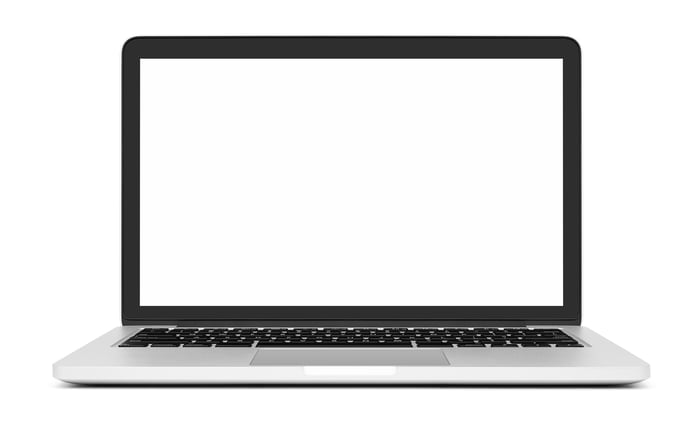 Investors see reason to cheer in HP's earnings. But what do you see on the screen? Image source: Getty Images.

Turning its gaze forward, however, HP predicted that the second fiscal quarter of 2017 will see profits turn back down, to perhaps as low as $0.32 to $0.35 per share. This guidance range would appear to fall short of Wall Street expectations for $0.39 per share in Q2. What's more, HP's entire guidance range fell below the $0.36 per share that the company earned in last year's Q2.

That's not particularly good news, yet investors appear to be shrugging it off in light of the "earnings beat" HP achieved in Q1. (Or they may be assuming HP is lowballing its estimates again, and hoping for a repeat beat).

Either way, at a P/E (price-to-earnings ratio) multiple of only 11 times trailing earnings, HP stock certainly doesn't seem expensive today. Up 9% on Thursday, it shouldn't take much more good news to make it go up more.