Buying and holding quality stocks for long periods of time is an outstanding wealth-creation strategy, one that's employed by "super-investors" like Warren Buffett. This long-term oriented investing style, though, is predicated upon owning stocks that don't require a whole lot of babysitting due to their strong underlying businesses. In other words, you have to pick investments you won't be tempted to sell no matter what the broader market decides to do in the near term.

In that vein, we asked three of our contributors to pick a high-quality stock that they feel can produce stellar returns on capital without much fuss. They chose Amgen (NASDAQ:AMGN), Consolidated Edison (NYSE:ED), and Kinder Morgan (NYSE:KMI). Here's why. 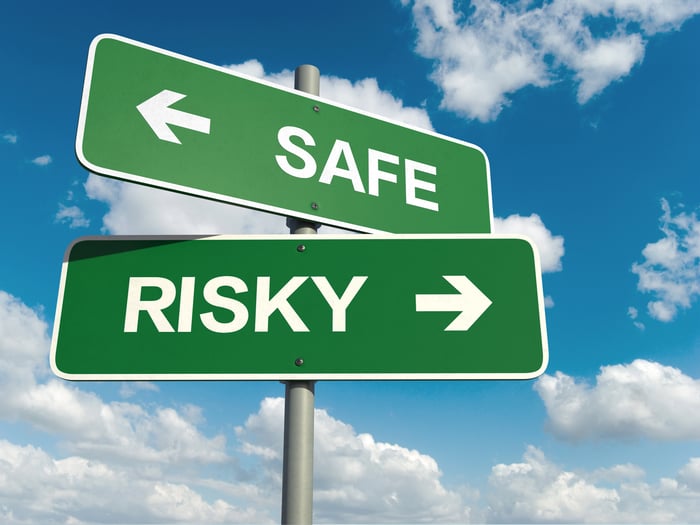 This biotech titan is a proven winner

George Budwell (Amgen): Over the course of its 34-year history as a publicly traded company, Amgen's value has appreciated by over 110,000%, thanks in large part to its early focus on biologically based drugs that transformed it into a titan of the biotech industry. 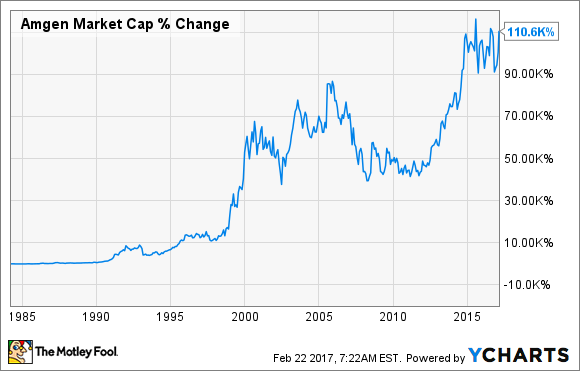 The juicy part of this growth story, though, is that Amgen is extremely well positioned to take advantage of the growing population of seniors worldwide, which is forecast to drive a massive surge in demand for healthcare services in the coming decades. The company, after all, has a well-rounded portfolio of novel medicines for a variety of human diseases, and it has made major strides toward becoming a top player in the nascent (but potentially explosive) market for biosimilars -- generic versions of biologically based drugs.

Amgen is going through a transitional period due to a spate of patent expirations in the last few years. As a result, the biotech's top-line growth is forecast to come in at an anemic 1.3% in 2018. But with six recent products launches -- including the high-value cholesterol drug Repatha -- and up to three more new products that could hit the market within the next 12 months, it should be able to push past these patent headwinds soon enough.

All told, this top biotech has a well-documented history of creating tremendous value for its shareholders, and its robust clinical pipeline has been successfully producing the next generation of star drugs required for sustainable long-term growth. So this blue chip biotech stock is certainly worthy of consideration by any investor on the hunt for low-stress growth vehicles.

A utility stock that's perfect to power your portfolio

Neha Chamaria (Consolidated Edison): If you're looking for stocks you don't have to babysit, utilities that provides essentials like electricity could be a great choice. The reason is simple: You and I will need electricity and gas regardless of the state of the economy, which means defensive businesses like utilities can make money even in adverse situations, and reward you richly along the way. Consider Consolidated Edison, for example.

Con Ed, whose predecessor companies go back to 1823, is among the leading utilities today, providing electricity, gas, and steam to more than 10 million people in New York City and Westchester County. While I can list several factors to build an investment thesis for Con Ed, the two strongest are high barriers to entry to the industry and decoupled rates. While the first one rules out the risk of competition, the second detaches its revenue from its sales volumes. In other words, Con Ed knows in advance how much revenue it will generate over a period of time. For any business, competition and sales volatility are among the two biggest concerns.

These advantages make Con Ed the perfect stock to invest in if you don't want to do any babysitting. Because its sales don't fluctuate much, it has not only generated strong profits and cash flows over the long haul, but has also increased its dividends for 42 consecutive years. With that kind of track record, you won't have to check on Con Ed's stock often to ensure your investment is safe. Of course, Con Ed isn't a multibagger story in the making, but its resilient business and secure dividend make it a great stock to buy and hold for the long term.

Rich Smith (Kinder Morgan): Want a stock that you don't have to babysit? How about one whose business is literally bolted to the ground, and unlikely to crawl away and get itself in trouble anytime soon?

Because that's just what Kinder Morgan stock is. The prototypical Warren Buffett "toll booth" stock (and yes, Buffett owns a stake), it makes its money by transporting oil and gas through a network of 84,000 miles of heavy-gauge pipeline that meanders all across America, then storing these hydrocarbons at its 155 terminals. And because Kinder charges based on the volume of the commodities moved and stored, it needn't concern itself with fluctuations in the prices of those commodities -- and neither need you.

Admittedly, at a a hefty 88 times earnings, Kinder Morgan stock is not cheap right now. But the company is so profitable that its P/E ratio is expected to drop next year, and the forward P/E ratio is less than 28 times earnings. While you wait for that to happen, and consider buying more when it does, you can just sit back and wait for your 2.2%-yielding dividend checks to arrive -- no babysitting required.