Let's take a closer look, then, at what the human capital management and analytics applications company accomplished as fiscal 2017 came to a close. 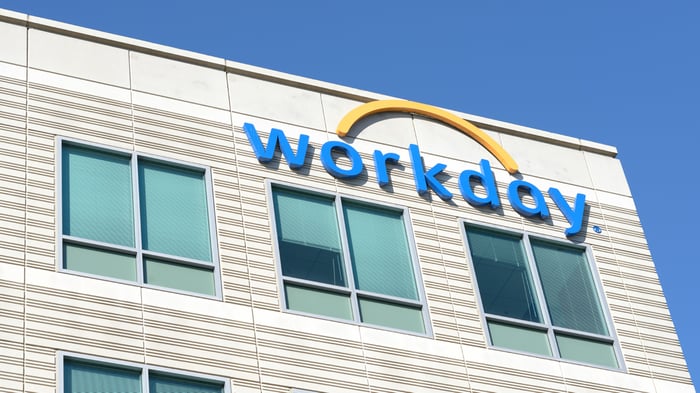 What happened with Workday this quarter?

In Q4, we delivered the best quarter in company history to close out a very successful fiscal 2017. Our strong performance was driven by a combination of our industry-leading products and technology, continued high levels of customer satisfaction, and our dedicated Workday team. We believe these are the right areas of focus to achieve another great year for Workday in the year ahead.

During the (current) fiscal first quarter of 2018, Workday expects revenue of $467 million to $468 million, representing 34% to 35% year-over-year growth. For perspective -- and though we don't usually pay close attention to Wall Street's demands -- analysts, on average, were modeling lower fiscal first-quarter 2018 revenue of $449.2 million.

Finally, note that Workday has formally adopted ASC 606 accounting standards, which divorces timing of invoicing from revenue recognition. As such, Workday is transitioning from providing detailed annual billings guidance to annual operating cash flow guidance, which serves as a more effective gauge of performance as the company grows and improves profitability.

All things considered, there's nothing not to like about this strong quarter as Workday continues to consciously forsake profitability in favor of scaling its business. As Workday's solutions increasingly become an integral part of how the world's largest businesses operate, I think investors should be more than happy with the company's direction today.