There's no way around it: 3M Co. (NYSE:MMM) isn't a cheap stock. Along with its margin-expanding but low-revenue growth peer Illinois Tool Works (NYSE:ITW), the company has a high valuation that's putting pressure on it to deliver with earnings in 2017. Let's look at five key conclusions from 3M's recent earnings and guidance to see whether the stock has more to offer this year. 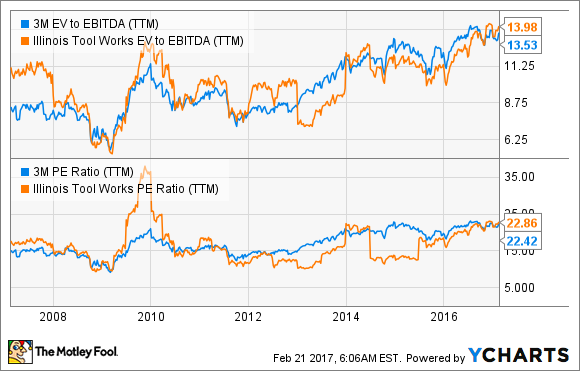 The following table shows operating income from the fourth quarter, alongside organic local currency growth in the quarter, with the full-year 2017 guidance next to it. The electronics and energy segment and the safety and graphics segment reported growth in line with full-year 2017 expectations, but the other segments were either above or blow those guidance rates.

The consumer segment was the biggest negative surprise, but it doesn't appear to be a lasting issue. CEO Inge Thulin explained that the performance was due to "inventory reductions throughout the retail industry," but the business had "positive point of sales across its retail customers," with the biggest impact felt in late December.

In other words, if the end customer is buying, then the retail channel (3M Co.'s client) is likely to replenish its inventory in time, and that means orders for 3M Co. in the coming quarters.

Although the segment's organic growth looks weak, it's pretty much in line with management's expectations. Thulin claimed the 1.3% organic local currency growth was "as we expected," and he expects greater growth in line with expectations spelled out at the outlook meeting in December. 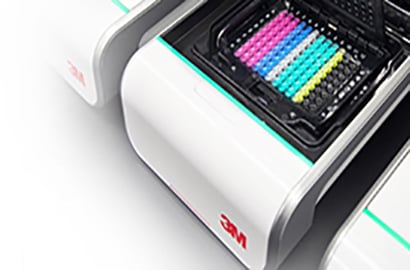 Organic local currency growth of 4.6% in the fourth quarter was notably above the full-year 2017 guidance for 1%-3%. CFO Nick Gangestad sought to curb enthusiasm by pointing out that without some body-armor shipments that took place in the quarter, the core underlying industrial segment growth would be around 3%.

However, that figure is still at the top end of full-year guidance, and other industrial companies have been reporting a pickup in industrial conditions. For example, Illinois Tool Works' overall organic revenue growth of 2% in the fourth quarter was at the top of its guidance range of 0%-2%.

Moreover, it appears that 3M's management is being a bit conservative by not increasing its full-year guidance from what it gave in December. Incidentally, Illinois Tool Works did exactly the same thing in its recent results.

To put this into context, 3M's overall organic local currency growth increased by 1.6% in the fourth quarter, while full-year 2017 guidance remains at 1%-3% -- but this figure is contextually strong. Why? Management continues to expect a significant pickup in the healthcare segment, and the consumer segment looks set to normalize as the inventory issues gets sorted. Meanwhile, the industrial segment looks to be in recovery mode in 2017.

So if these three segments will generate good growth going forward and fourth-quarter local currency organic growth was 1.6%, then there's reason to believe guidance could be raised in the future.

Gangestad expects the majority of 2017 organic growth to come from volume rather than pricing -- although the latter is also expected to be positive. Indeed, organic volume increased 1.5% in the fourth quarter, with price increasing only 0.1%, with Thulin referencing pricing actions taken to seize market share or in reaction to pricing pressure from competitors.

It's something to look out for in future quarters, because ideally you would expect a company to be gaining pricing power in an industrial recovery.

Just as with Illinois Tool Works, there's reason to believe that management is being a bit conservative with its guidance. No matter, as there aren't many investors who complain when management under-promises and over-delivers. The tricky bit is discerning whether it's all factored into the price of the stocks. In other words, has the market already baked in rosy assumptions for 3M Co, and Illinois Tool Works in 2017?

Given their valuations, I suspect so, and the fourth-quarter earnings reports, although good, weren't enough to materially change that view.  Both companies look set for a good 2017, but that doesn't necessarily mean the stocks are a buy.