Please ensure Javascript is enabled for purposes of website accessibility
Log In Help Join The Motley Fool
Free Article Join Over 1 Million Premium Members And Get More In-Depth Stock Guidance and Research
By John Maxfield - Feb 28, 2017 at 10:47AM

The Oracle of Omaha says that bank stocks should be valued just like any other stock.

If you want to invest in bank stocks, few things are more important than valuation. If you buy stocks at too high of a valuation, then your future returns will suffer. Buying stocks at a low valuation, by contrast, positions you to generate outsized returns in the years ahead.

But this begs an important question: How does one value bank stocks? The answer to this, according to Warren Buffett, may surprise longtime bank investors. 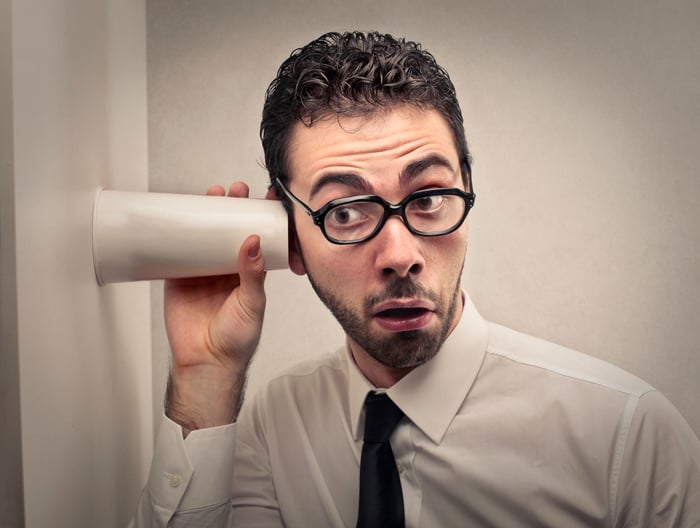 This is one secret that bank investors will want to be in on. Image source: Getty Images.

How to value bank stocks

Analysts and investors who focus on bank stocks tend to use slightly different rules to value them than are used to value stocks in, say, the consumer goods or manufacturing sectors.

For bank stocks, the ratio of bank's share price to its book value per share is generally used to determine whether the bank's stock is cheap or expensive. Investors in other industries, by contrast, focus on a stock's price relative to the earnings of the underlying company -- the price-to-earnings ratio.

Which of these methods should you use? According to Buffett, the answer is to treat bank stocks the same way you treat any other stock. Here's the Oracle of Omaha in a recent CNBC interview discussing this:

A bank is no different than any other business. It's how much cash you're going to get between now and judgment day, discounted and comparing it to other investments.

So there's no special trick in the valuation. There can be a problem figuring out what's inside the bank, particularly with non-U.S. banks. But otherwise I'm looking at it like it's Coca-Cola or American Express.

Buffett's method admittedly sounds different from the two I just discussed. This is because it looks at an investment's future earnings and then discounts those back to the present day and compares the figure to alternative investments.

What's important to realize, however, is that the purpose of this calculation is to gauge how much one would pay for their share of a prospective investment's earnings -- albeit a discounted estimate of anticipated future earnings. And this, it turns out, is also what the P/E ratio does.

One way to interpret the P/E ratio is that it tells you how much you'll have to pay for every $1 worth of a company's earnings. In JPMorgan Chase's case, the answer is that an investor today will have to pay $13.70 for every $1 worth of its estimated 2017 earnings. If you compare this figure to other investments, you can then gauge whether you're getting the best bang for your buck.

This is obviously a simplified version of Buffett's approach, which requires estimating and discounting future earnings in addition to looking at current earnings. But the P/E ratio is nevertheless a decent enough approximation of Buffett's earnings-focused approach that the ordinary investor can and should use it when deciding among bank stocks to buy, just as one would do when purchasing any other type of stock.