Earnings in the fourth quarter were mixed, but there may be some light on the horizon for McGrath RentCorp.

Mixed results in 2016 continued at McGrath RentCorp (MGRC 2.31%) in the fourth quarter. Results released after the market closed on Tuesday showed a continued increase in modular division results. However, there were struggles in tank rentals and the telecommunications business.

When it was all said and done, the fourth quarter ended on a low note, but there could be some positive signs for the future. Here's a look at what you need to know. 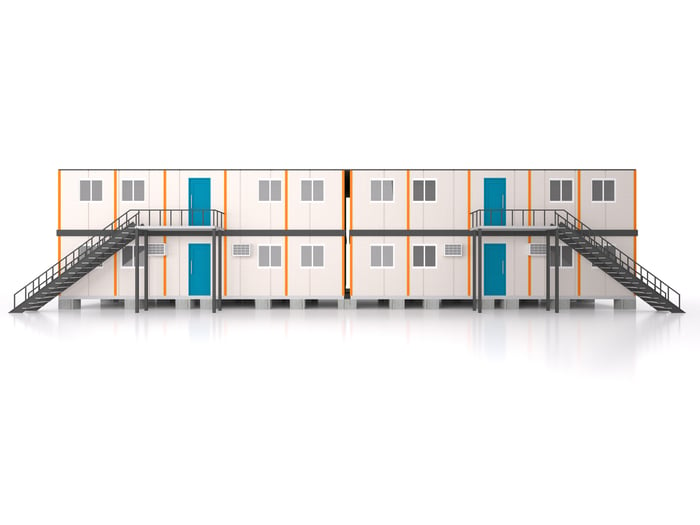 Results continued to be mixed depending on the division. So it's important to look at how the different business units performed in the quarter.

The macro conditions for telecommunications and energy rentals was very weak, so it's not surprising that those businesses struggled as the year went on. But management is hopeful that operations will improve in 2017, at least enough to keep revenue flat. In the near future, the company will be focusing on cash generation in an effort to reduce debt and position itself better for a turnaround in the market outside of mobile modular. But when that turnaround will happen is unknown.

They did announce that Joseph Hanna will be taking over as CEO and Keith Pratt will be taking on an expanded role as EVP and CFO. Hanna has 14 years of experience at McGrath RentCorp, so investors shouldn't expect too many changes.

Guidance for 2017 was for a 1% to 3% increase in rental revenue, and overall sales are expected to be about flat versus 2016. Operating profit is expected to increase 3% to 5% versus last year, showing some improvement in operating leverage for the business.

Investors should watch to see how oil prices and drilling activity evolves throughout the year because that may be a tailwind for McGrath RentCorp. And an upgrade in telecom equipment may be starting in 2017, as well. After a year of incredible macro headwinds, it may now be time for some tailwinds to help the company.