A moat is one of the most important things needed for a company to succeed. The term, coined by Warren Buffett, is a flowery way of describing a competitive advantage, which will protect the company's profits and market share (the castle) from competing businesses.

Snap (NYSE:SNAP), by its own admission, doesn't have a moat.

"In a world where anyone can distribute products instantly and provide them for free, the best way to compete is by innovating to create the most engaging products. That's because it's difficult to use distribution or cost as a competitive advantage -- new software is available to users immediately, and for free," management wrote in the company's S-1 filing.

In other words, Snap believes the only way to compete in its market is to out-innovate its competitors like Facebook (NASDAQ:FB) and Google, the Alphabet (NASDAQ:GOOG) (NASDAQ:GOOGL) subsidiary. But what we've already seen is that simply being innovative isn't enough if a larger competitor can just copy the innovation. 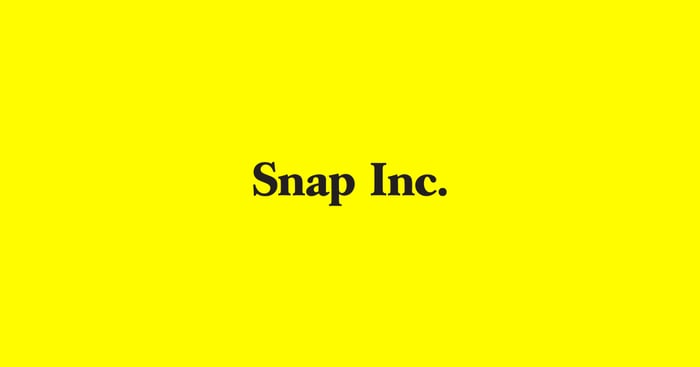 Snap spent $184 million on research and development (R&D) last year. That's nothing compared to Alphabet, Facebook, or even Twitter (NYSE:TWTR). Keep in mind, Twitter is reducing its R&D expenditure.

To be sure, as a percentage of revenue, Snap reinvested much more than any of its competitors. But it's unlikely Snap will continue investing that high of a percentage of revenue into R&D. It simply can't afford to if it wants to show investors that it has any potential at all of becoming profitable at some point.

Snap's cost of revenue is its biggest expense, and it already committed to spending $3 billion on cloud infrastructure over the next five years.

Snap doesn't have the resources to out-innovate its competition, even if it's significantly more focused than any of them.

Even if it does out-innovate...

Snapchat is certainly an innovative app. It's changed the way people communicate, and it quickly grew very popular. Growth has slowed in recent months, however, as its competitors -- specifically Facebook -- have attempted to copy some of its core functionality.

Facebook has been trying to copy Snapchat ever since it tried to buy the company way back in 2013. While several attempts were unsuccessful, Facebook kept at it until it found a winner. Its recent success with Instagram Stories demonstrates the risk Snapchat explains in its S-1. It must keep innovating to stay ahead of competitors copying its product.

But where Snap claims "it's difficult to use distribution [...] as a competitive advantage," Facebook is showing exactly the opposite. It's developed a huge competitive advantage because it has a launching pad for new products like Instagram Stories or Facebook Live. The company went from nearly 0 to 100 million hours of video views per day in just over a year and a half.

To say distribution isn't a competitive advantage ignores a significant part of the value of Facebook's massive audience. While not everything it launches succeeds, the odds are stacked in Facebook's favor. That's evident from the success of Instagram Stories and other product features Facebook blatantly borrowed from competitors like Twitter, such as live video and trending topics.