American Eagle Outfitters (NYSE:AEO) stock fell as much as 12% during the trading day today after the company's fourth-quarter and full-year 2016 disappointed the market, with below-expected earnings and weak same-store sales guidance for Q1 2017. 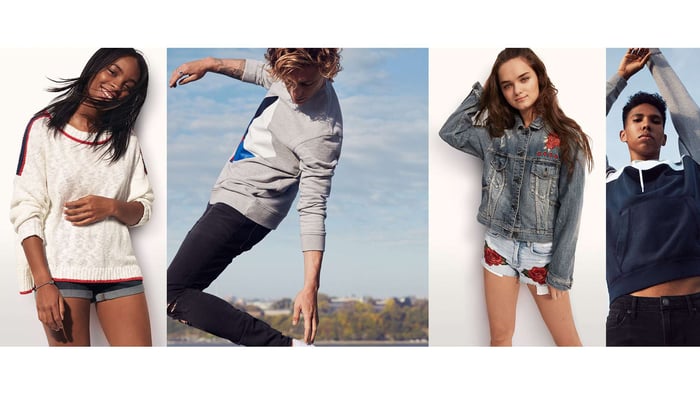 What seems to really have shaken the market today, though, is that same-store sales during the fourth quarter were essentially flat, up just 0.4% year over year, and management guided for flat or even slightly down comps in the quarter ahead. For Q1, the company said that it expects earnings per share of $0.15 to $0.17, which would be a 27% drop year over year at the midpoint.

American Eagle has had some success with its women's activewear line, which was still a highlight of this earnings -- comparable sales of that line, called Aerie, were up 17% year over year for the quarter and 23% for the year. Still, the company is facing some challenges ahead for 2017, including a 13% rise in inventory by unit during the fourth quarter year over year; at this slow sales growth, that could lead to needed discounting, and even more margin and earnings pressure in the quarters ahead.