Please ensure Javascript is enabled for purposes of website accessibility
Free Article Join Over 1 Million Premium Members And Get More In-Depth Stock Guidance and Research
By Justin Loiseau - Mar 2, 2017 at 11:15AM

Uber is allegedly using secret, proprietary technology that was stolen from Alphabet in its autonomous vehicle systems: Here's what the charges mean for both companies.

Last week, Alphabet (NASDAQ: GOOG) (NASDAQ: GOOGL) spinoff Waymo sued Uber for stealing some of its key autonomous car technology. It doesn't take a lawyer to know that things don't look good for Uber, but does this spell disaster for the ride-sharing company's self-driving dream? Here's what you need to know.

Now that this is in the rearview mirror, it's clear we should've seen it coming. According to Alphabet, former Waymo employee Anthony Levandowski illegally downloaded 14,000 "highly confidential and proprietary files"  in December 2015 that detailed the secret software and hardware designs for Waymo's LIDAR system. LIDAR systems are being developed as the "eyes" of most companies' attempts at autonomous vehicles, allowing them to "see" the world around them via millions of low-power laser beams blasted out every second. In January 2016,  Levandowski started his own self-driving company in and, two weeks later , resigned without notice from Waymo. In August 2016, he sold his company to Uber for $680 million. 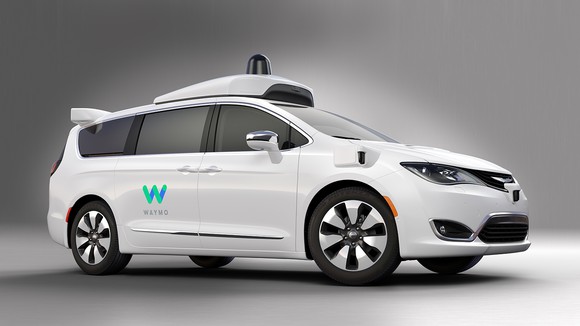 Levandowski and Uber might've managed to keep things under the radar, were it not for a LIDAR component vendor (apparently inadvertently) copying Waymo on an email to Uber, in which attached documents bore a "striking resemblance" to Waymo's own LIDAR designs.

Alphabet knows a thing or two about computers, and the details of Levandowski's data dig only served to make the alleged act of design theft look even more provable. So what does this mean for Alphabet, Uber, and the future of self-driving car stocks?

Blinded by the smite?

Lawsuits are a norm, not an anomaly, among major corporations. Alphabet itself is under constant legal attack: At the moment, it's facing antitrust inquiries in the European Union, Argentina, India, Brazil, Russia, and South Korea, as well as patent violation and intellectual property claims by the likes of Oracle. As a privately held company, Uber doesn't announce its legal matters in a single spot, but a quick search turns up hundreds of suits.

On issues of intellectual property, in particular, lawsuits can get particularly sticky. If proven guilty, Uber will likely cough up buckets of cash to Alphabet since, in Alphabet's words, Uber has avoided "incurring the risk, time, and expense of independently developing their own technology." By Alphabet's calculation, that includes the $680 million valuation of Otto and Uber's entire self-driving program, since they believe it would've otherwise stayed stalled.

That counterfactual claim is hard to prove, and it may also be difficult to disentangle Uber's own recent advances in self-driving technology. It's impossible for Uber staff to forget what they now know, and almost as impossible for them to even determine whether what they know is Alphabet's or Uber's.

A signal for self-driving car stocks 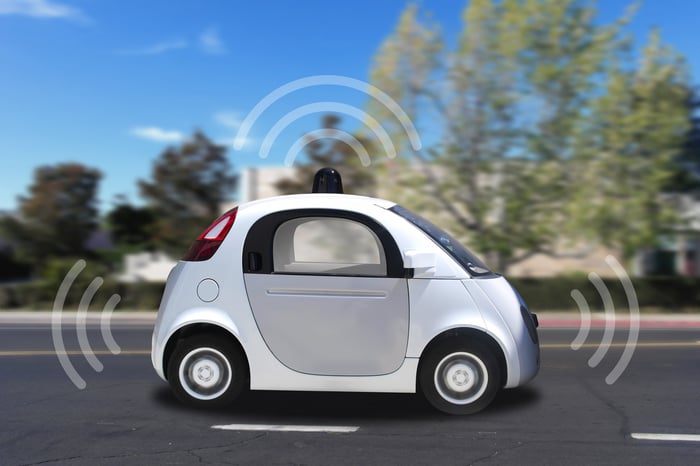 More so than anything else, this lawsuit serves as a warning for self-driving car companies and their shareholders. Alphabet, Uber, and others are in a fierce competition to build the best self-driving car out there, and any attempt to cheat will be met with the full force of the law.

But investors shouldn't equate lawsuits with bankruptcy. Rather, they should take a "buyer beware" stance and ask whether a given lawsuit is a warning sign of a deeper issue. An intellectual property lawsuit could be an indicator of an overly competitive company culture, a short-term issue, or even a lack of creative talent. Which problem is at the root of the suit could be a better indicator about the ultimate direction of the corporate defendant's stock than the specific legal details. So if you're an investor in autonomous car companies, remember to look out for lawsuits, read into them the right things, and make informed choices as you hunt for the biggest potential winners in this increasingly competitive race.