Stocks pulled back on Thursday following the previous day's rally. By the closing bell, both the Dow Jones Industrial Average (DJINDICES:^DJI) and the S&P 500 (SNPINDEX:^GSPC) indexes had each shed more than 0.5%.

Monster Beverage (NASDAQ:MNST) and Pure Storage (NYSE:PSTG) were some of the biggest individual stock movers on the day following surprises in the companies' quarterly reports. 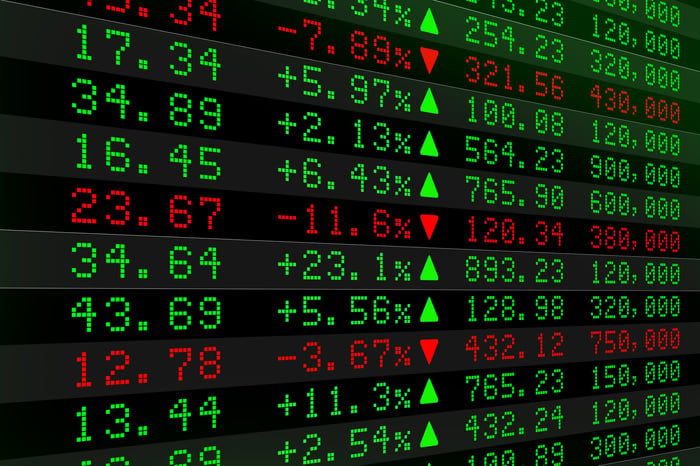 Monster Beverage shares jumped 13% following an impressive close to its fiscal year. Sales spiked 16.8% for a solid acceleration over the prior quarter's 4.1% uptick. Profit growth got a jolt, too, with net income soaring 24.7% despite a costly, one-time distributor termination charge.

The company enjoyed healthy demand growth thanks to a deepening strategic partnership with Coca-Cola that's putting Monster-branded drinks in front of more consumers. "We are pleased to report continued progress on the strategic alignment of our distribution system with Coca-Cola bottlers," CEO Rodney Sacks said in a press release. Some of the biggest gains occurred in the food service channel, executives explained.

Monster is growing significantly profitable. Gross profit margin rose to 66.1% of sales from 62.5%, and selling expenses fell to 12% of sales from 12.9%. General expenses rose slightly, but mainly thanks to a $46.3 million distribution termination charge. Zooming out, net profit margin is up solidly, to 23.4% of sales over the last 12 months compared to 20.1% in 2015. The combination of faster revenue growth and improved profitability proved attractive to investors and helped the stock recover from a soft start to 2017.

Shares of flash-based data specialist Pure Storage fell 14% after the company posted strong quarterly results but issued a conservative outlook for the coming year. Revenue improved to $227.9 million, which barely edged past the top end of the guidance range that management issued in late November. Pure Storage also showed surprising earnings strength, with non-GAAP operating margin improving to a 1.9% loss. In contrast, executives had forecast operating margin between negative 9% and negative 5%. 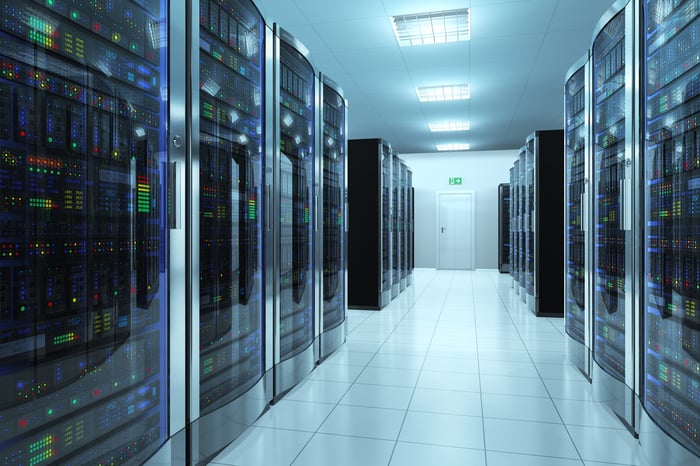 "Q4 was a solid quarter and a strong end to our fiscal 2017, with consistent year-over-year growth and a strong improvement in our operating leverage," CEO Tim Riitters said in a press release. Executives were especially pleased that the company gained 450 new clients in the quarter to push its coverage to over 20% of the Fortune 500.

Riitters and his executive team see sales growth slowing in 2017. While revenue increased a whopping 65% last year, Pure Storage expects growth of 34% to 41% in fiscal 2018, based on the sales guidance range it issued targeting between $975 million and $1.03 billion. It's significant that the company plans to reach $1 billion of sales this year, but Wall Street was holding out for slightly higher results. That, plus the prospect of another year of net losses convinced investors to send the stock lower on Thursday.